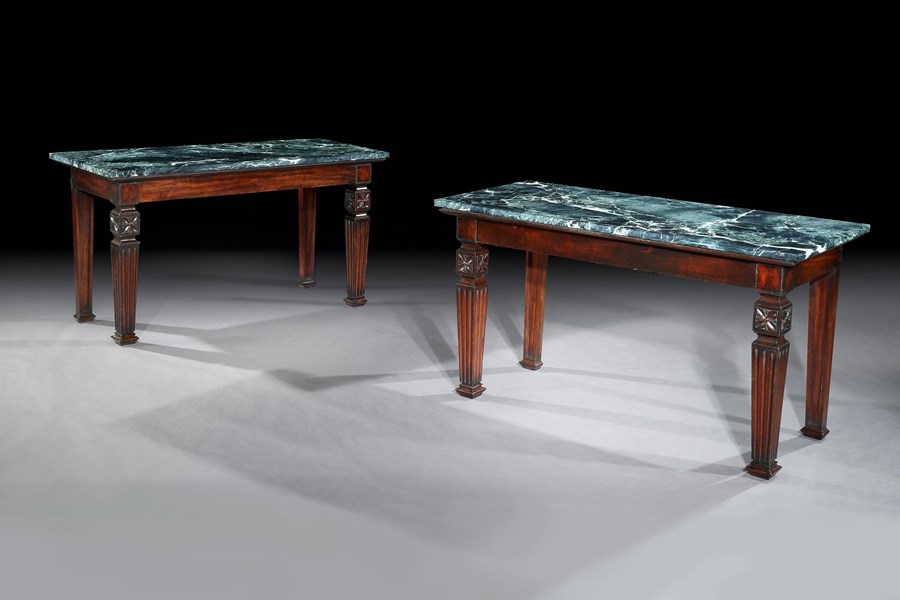 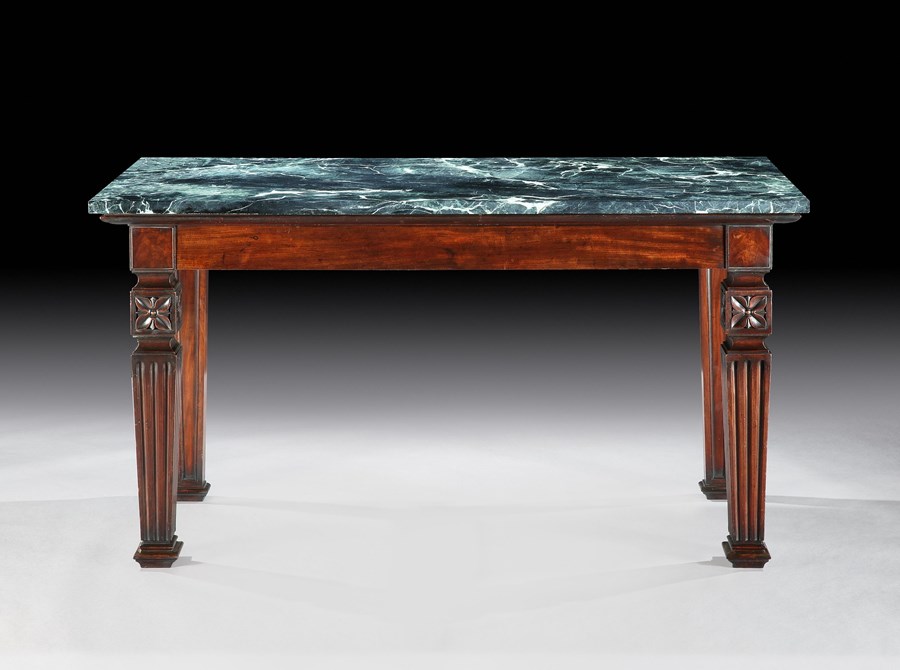 Archibald Simpson: A Pair of Mahogany Side Tables

Crimonmogate
The origins of Crimonmogate House date back to the 14th century when the land was part of the estate of the Earls of Errol. The name Crimonmogate is derived a mix of Gaelic and Old Norse charmingly translated as ‘The road through the cow-pasture by the peat-moss.’ In the 1730s the estate, which included only a simple house, was sold to the Abernethy family.

Alexander Milne, a merchant who owned factories across Aberdeen and Donside, purchased Crimonmogate in the early 19th century. His son Patrick (1755-1820) commissioned Archibald Simpson (1790-1847) to design a grand house for the estate in 1820. Simpson employed the Greek Revival style for the architecture and built the structure with granite from Kemnay. The façade of the house features a magnificent Greek Doric portico with six columns.

The interior of the house is equally grand, particularly the Great Hall, which was designed in the style of and influenced by John Vanbrugh’s Great Hall at Blenheim Palace. Charles McKean, a Scottish architectural historian, describes the hall as ‘a perfect cube, its proportions emphasized by tall, fluted Corinthian columns which lead up to a magnificent cornice and a coffered-ceiling, a glazed dome at the centre.

Archibald Simpson
Archibald Simpson (1790-1847) was a highly respected Scottish architect who is responsible for creating many of the buildings in Aberdeen that gave it the name ‘The Granite City.’ He opened his architectural practice in 1813 and developed a career designing civic monuments, public buildings, villas, and country houses. Simpson championed the Grecian style with its purity in detail and proportion with interiors designed with classical friezes and woodwork.

The present tables with their pure classical form are entirely appropriate for such a grand commission. 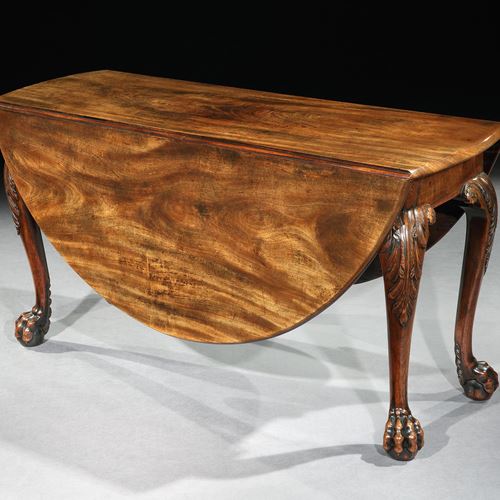 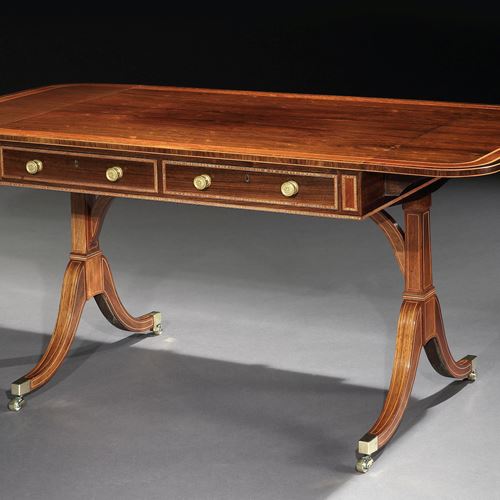 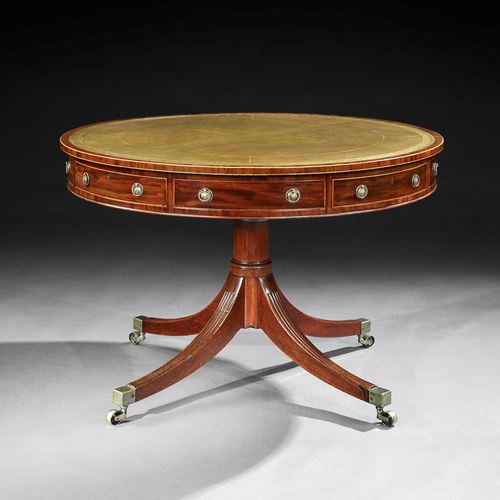 Archibald Simpson: A Pair of Mahogany Side Tables