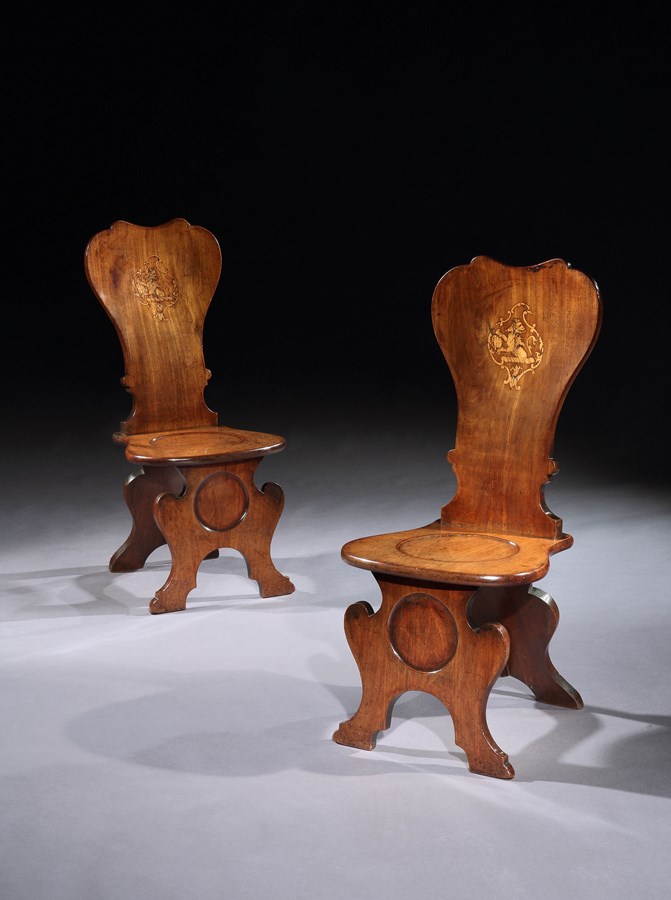 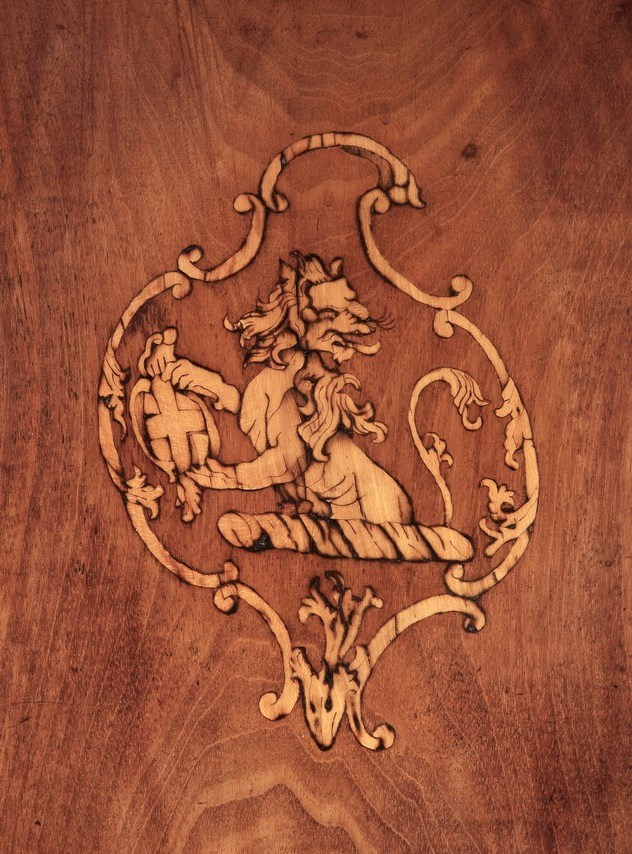 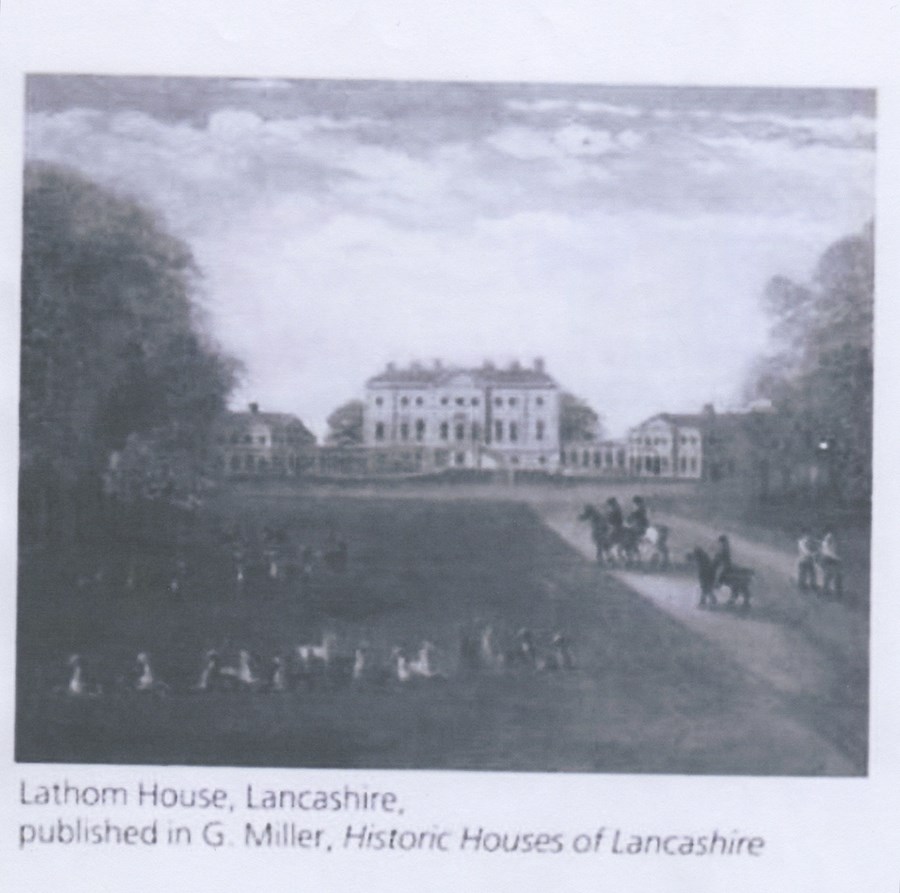 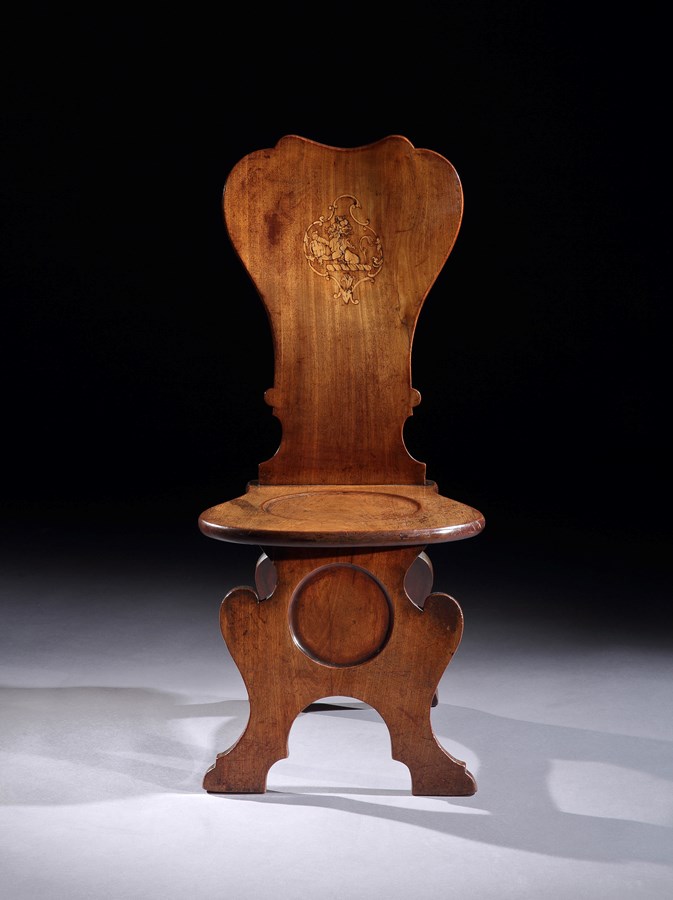 A particularly good pair of George II mahogany sgabello hall chairs made for Sir Thomas Bootle for the banqueting hall at Lathom House, Lancashire and almost certainly made by the cabinet-maker, William Masters.

The shield shaped backs inlaid with the armorial crest of Sir Thomas Bootle: a lion wreathed in foliage, the dished seats raised on shaped splayed legs.

The mahogany with good figuring and fine colour.

Supplied to Sir Thomas Bootle, for the banqueting hall of Lathom House, Lancashire 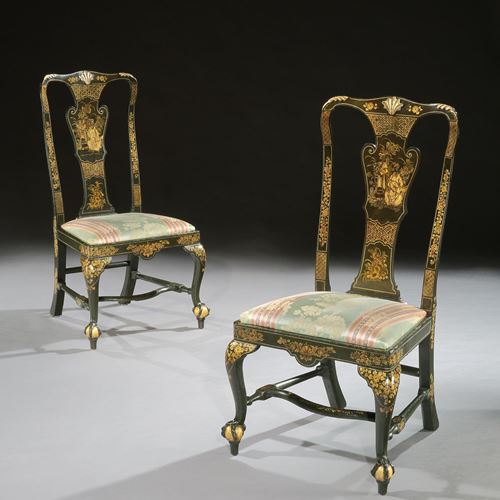 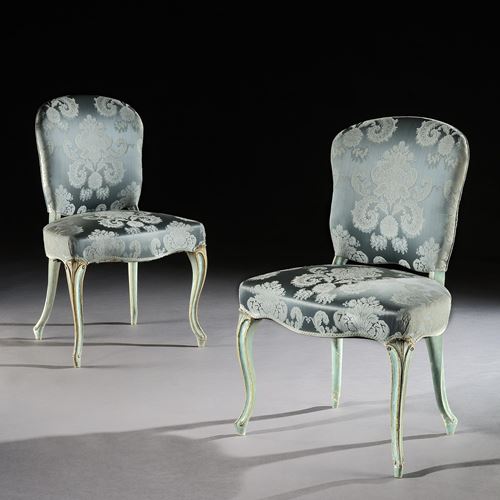 A Pair of George III Painted Side Chairs 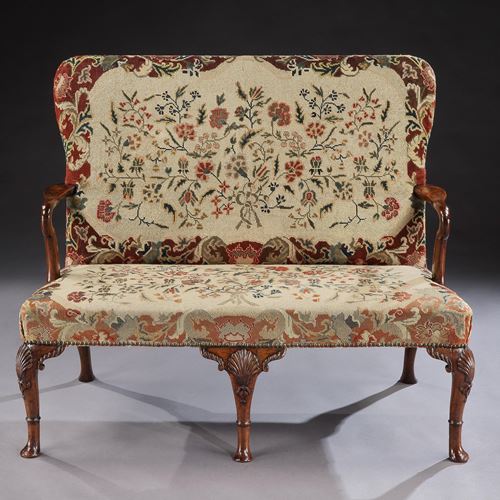