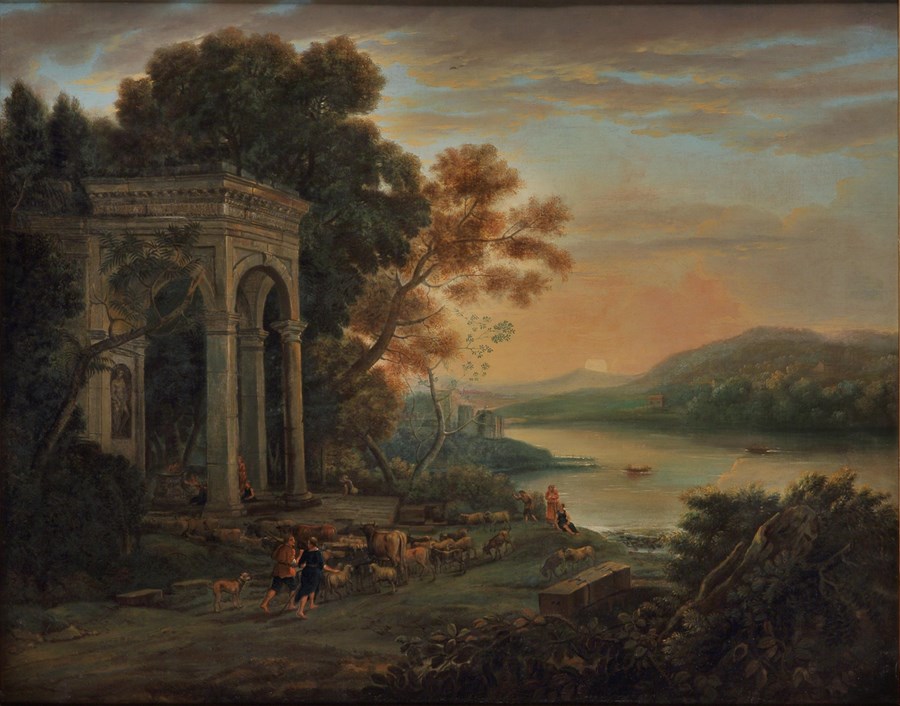 FOLLOWER OF CLAUDE GELLÉE, called CLAUDE LORRAIN
A classical landscape, with the Temple of Bacchus

P12.119
More Details
Literature
The original drawing for the original oil painting (1644) by Claude Lorrain is held in the collections of the British Museum. It was part of Claude's celebratedsketchbook Liber Veratatis,  having been in the collections of the Dukes of Devonshire at Chatsworth and accepted by HM Government in lieu of tax on the estate of the 9th Duke of Devonshire. The orignal oil painting is now in the National Gallery of Canada, having previously passed through several illustrious collections including those of Sir Peter Lely, Henry Bentinck 1st Duke of Portland, Sir Paul Methuen at Corsham Court and the Holford families at both Westonbirt and Dorchester House. The painting was purchased bu the National Gallery of Canada from Colnaghi in 1939.

Our painting is exactly the same size as the painting in the National Gallery of Canada. The subject matter and theme is typical of Claude's work: pastoral landscapes inspried by Greek and Roman classicism. In this case, cowmen guiding their cattle home at the end of the day, with the sun setting in the distance over a bucolic lakeside landscape. The temple of Bacchus is overgrown but a dominant feature in the landscape - forgotten but not forgotten. The probable pendant to this painting is Landscape with Narcissus and Echo (National Gallery, London) - the scene is set in early morning. Claude has used the classical past and the 'present day ' mundane work of the peasant farmers as a backdrop to manifest his real passion  and his great talent of depicting the different times of day with his play on light. 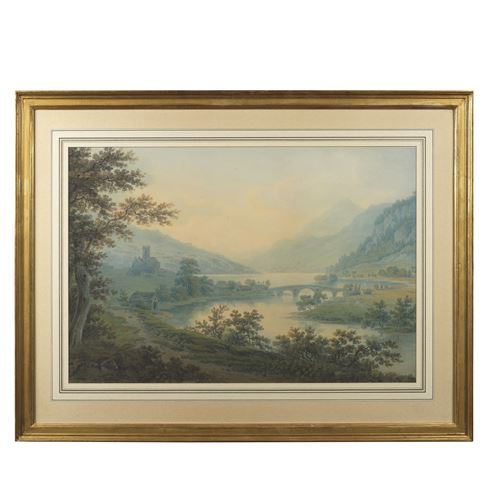 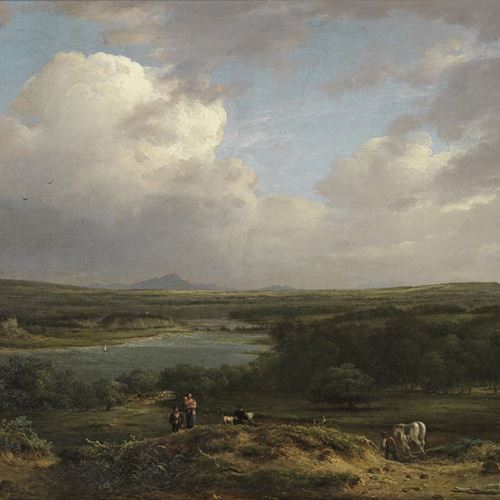 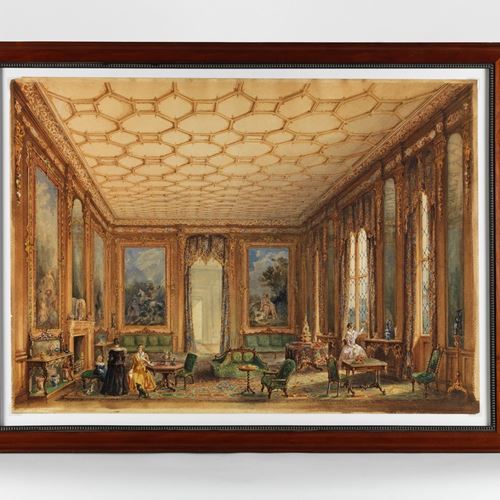 A 19th Century Watercolour of an English Interior