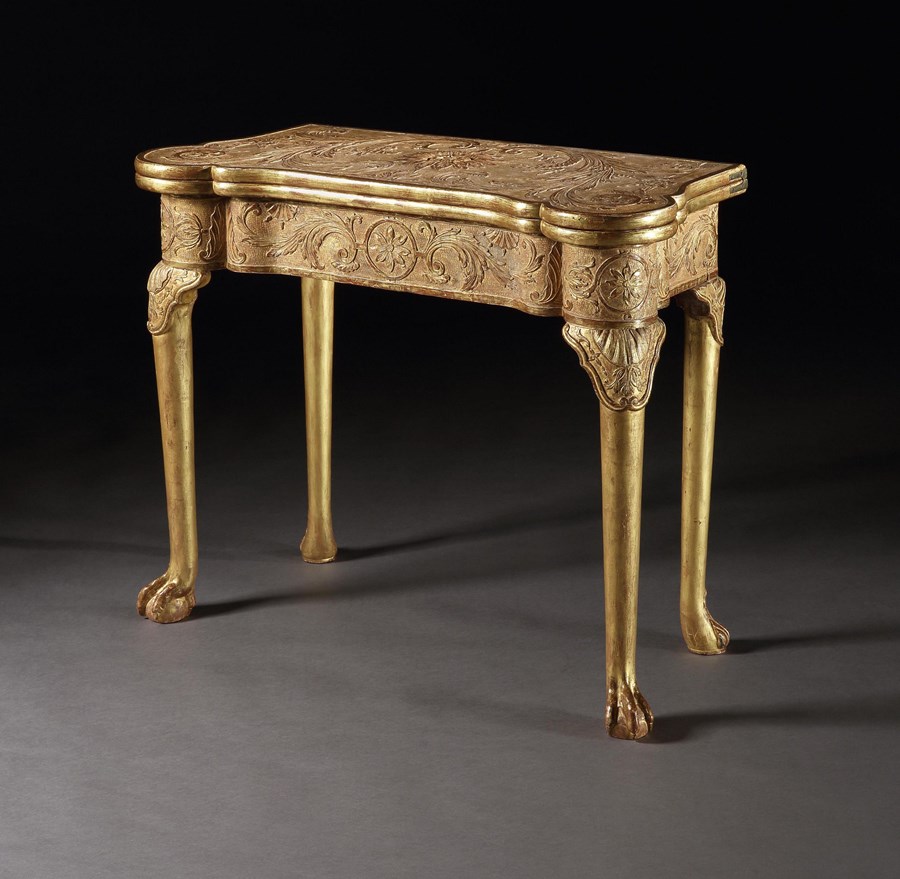 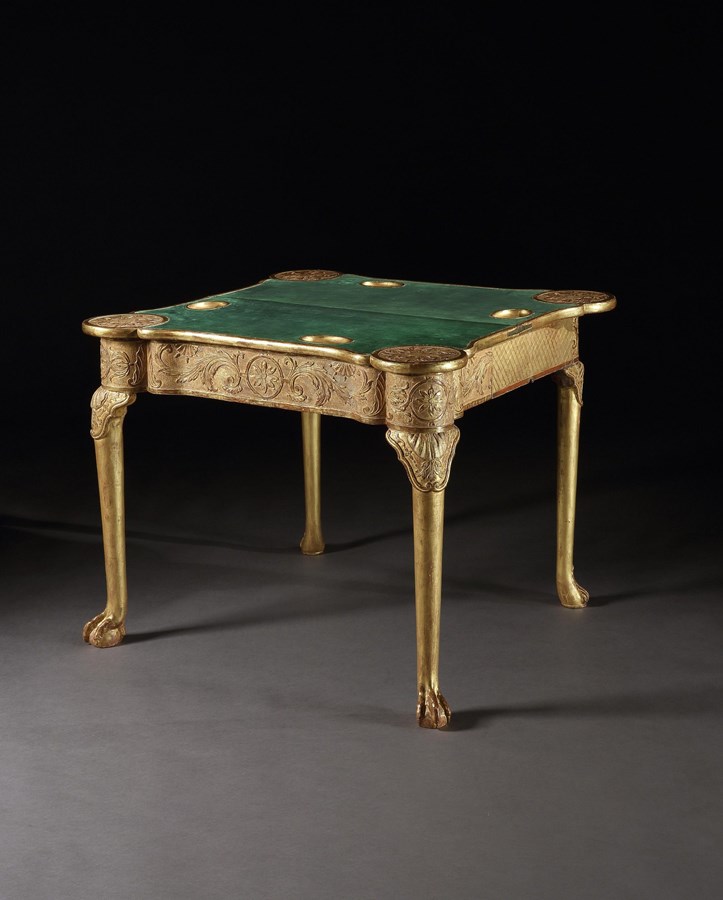 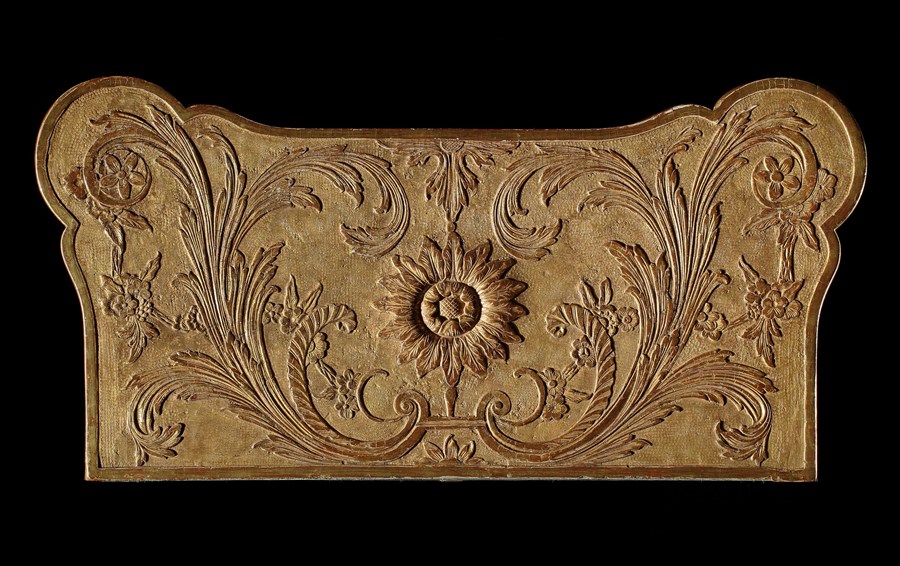 An exceptional and very rare George I gilt gesso concertina-action card table in the manner of James Moore. The shaped foldover top decorated throughout with deeply carved scrolling foliage centred by a flower head on a pounced ground, the top opening to reveal a velvet lined playing surface with counter wells and candle stands, the whole standing on slightly cabriole legs terminating in claw and ball feet.

One of only three or four known examples.

Gilt gesso card tables are incredibly rare, and only four known examples are known to survive today. These tables all share similarities in design and form. Their vocabulary of strap-work, scrolling foliage, and shellwork was first promoted in around 1700 by the engraved Oeuvres of William Marot (d. 1752). Pieces similarly embellished were created by the Pelletier family of carvers and gilders, who supplied pier tables, mirrors and candle stands and frames to William III and Queen Anne among other notable patrons, as did their successor as Royal cabinet-maker, James Moore.

One of the tables is in the collection of the Metropolitan Museum of Art in New York. The table is said to have come from the collections of the Earls of Carnarvon at Highclere Castle, Berkshire. The table was one of the few gilded pieces acquired by the esteemed English furniture collector Irwin Untermyer before he bequest his collection to the museum. The pair to this table is a private collection in the UK.

A fourth example is known in a private collection in the UK. This example was previously in the collection of Winston Guest and sold at Sotheby’s in 1967.