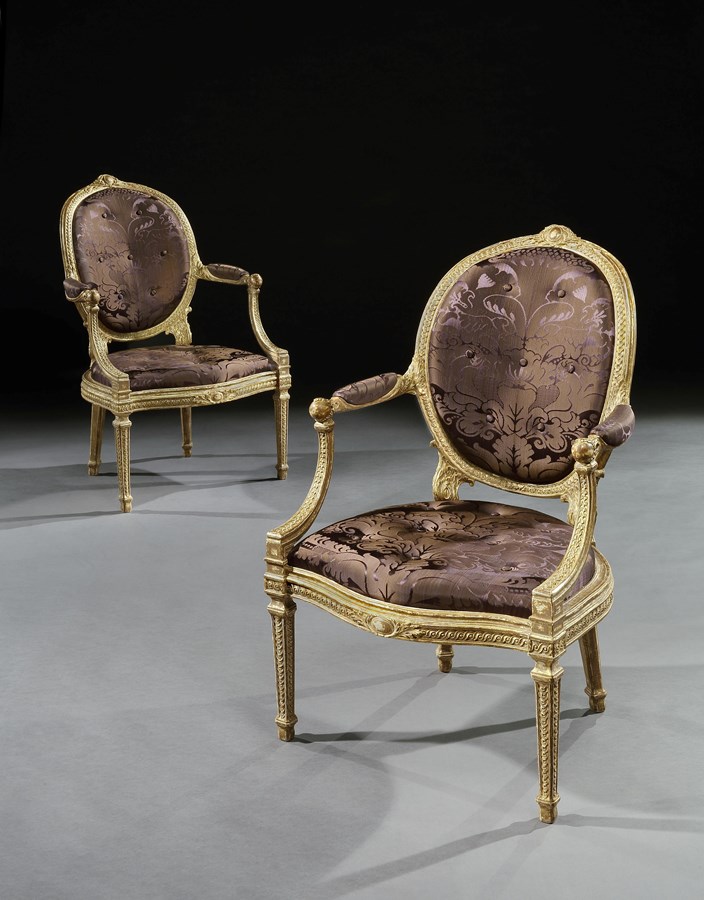 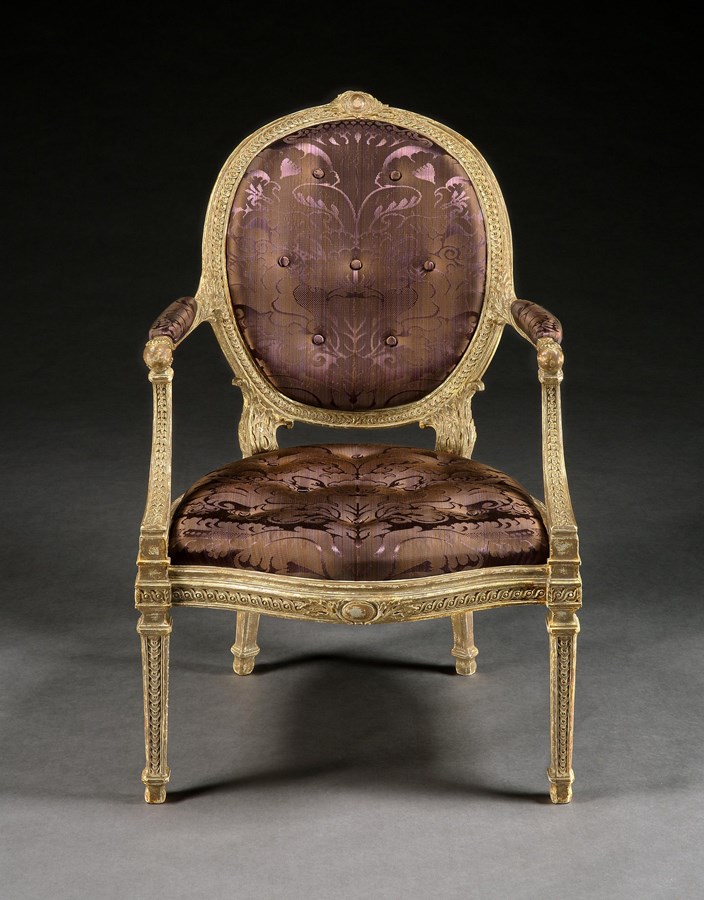 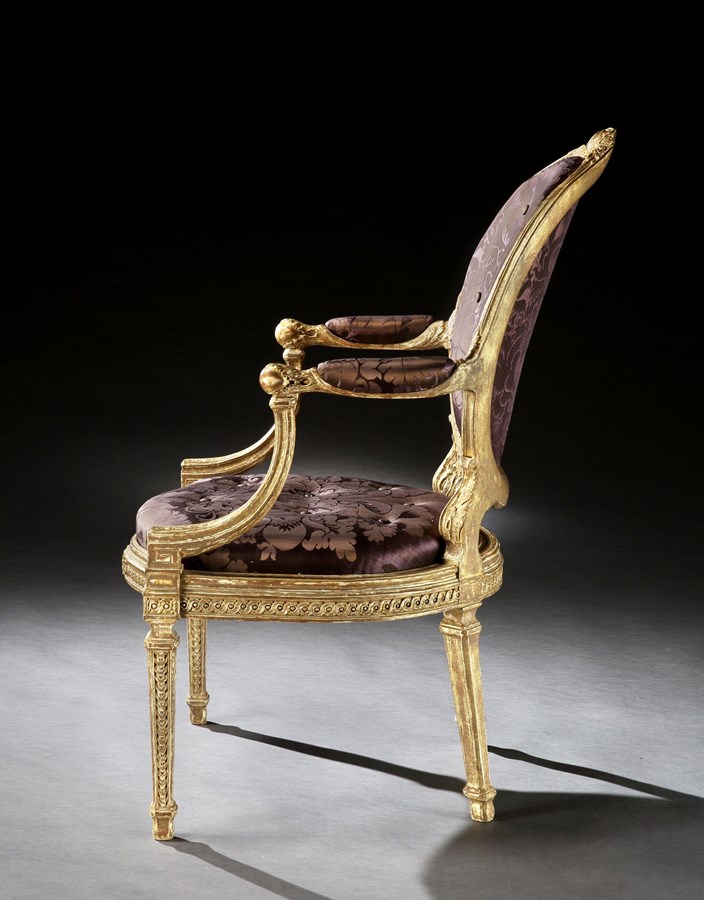 There is a watercolour chair-pattern design by Linnell, dated circa 1770-75, which bears almost identical comparison to the present chairs (Victoria and Albert Museum, no. E82-1929). The drawing shows the carved medallions on both the top of the carved back and the centre of the front seat rail, the same imbricated tapered front legs and plain splayed back legs, as well as the magnificent guilloche carving to seat frame and the acanthus carved back supports, and possibly even upholstery à chassis. The most definitive signature feature of Linnell’s work is the carved ball or ‘pearl’ clasped by acanthus leaves that form the terminals of the armrests of these chairs. The same feature appears in the drawing and can clearly be seen on a number of suites of chairs known to have been supplied by the firm.

In particular reference can be made to the six giltwood chairs supplied to the Lascelles family for Harewood House, Yorkshire (Helena Hayward and Pat Kirkham, William and John Linnell, 1980, fig. 88) and the suite supplied to the Dukes of Argyll at Inverary Castle (ibid., p. 46, fig. 89), both of which are almost identical to the present chairs. A further suite can be seen in the Turquoise Drawing Room at Castle Howard, Yorkshire. The same clasped ball or ‘pearl’ can be seen on a suite of mahogany armchairs supplied to Robert Child for Osterley Park (ibid., p. 39, fig. 72).


The Linnell firm was one of the most prominent firms of cabinet-makers of the second half of the 18th century, with commissions for a number of important country houses including amongst others the Dukes of Beaufort for Badminton House, Sir Robert Child for Osterley Park, the Dukes of Northumberland at Syon Park and Alnwick Castle, Shardeloes, the Marquess of Lansdowne at Bowood House and Lansdowne House and the Dukes of Argyll at Inverary Castle.

John Linnell was the son of the furniture maker William Linnell and one of the first English furniture makers to be educated in design, studying at St. Martin’s Lane Acadamy that had previously been founded by William Hogarth. In 1762 he started working closely with Robert Adam and in 1763, after the death of his father, he took over the running of the family firm. His work, as we can see with the present chairs, in line with contemporary fashion and taste, became increasingly classical in output, and the business grew to rival many of the other leading furniture makers of the day including Thomas Chippendale, Ince & Mayhew and John Cobb. Linnell in particular designed chairs, as here, in the fashionable Louis XVU manner as promoted in the 1760s and 1770s by French designers such as Jean-Charles Delafosse.