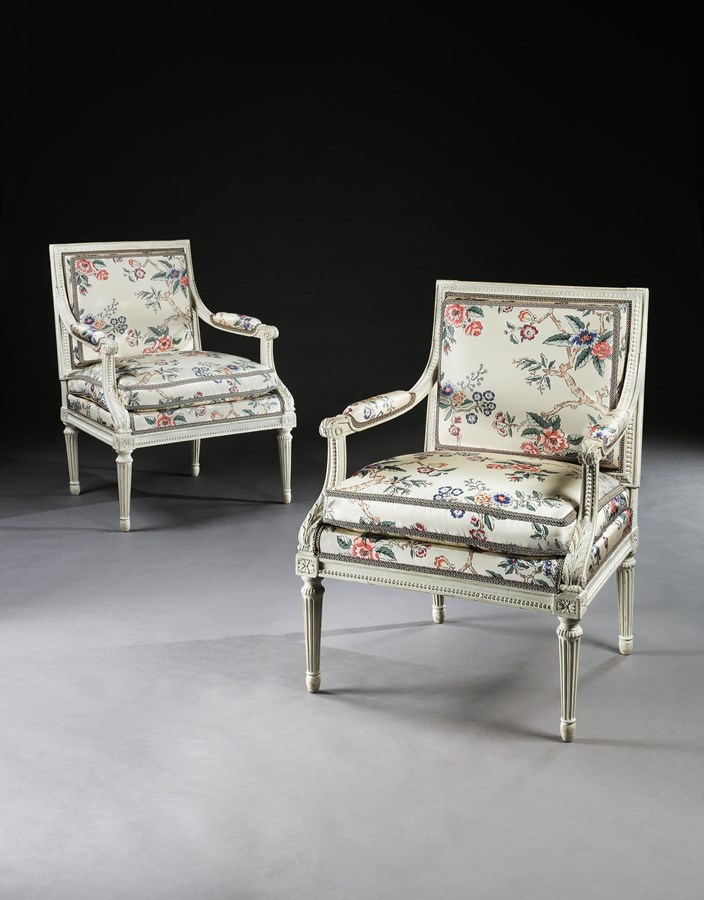 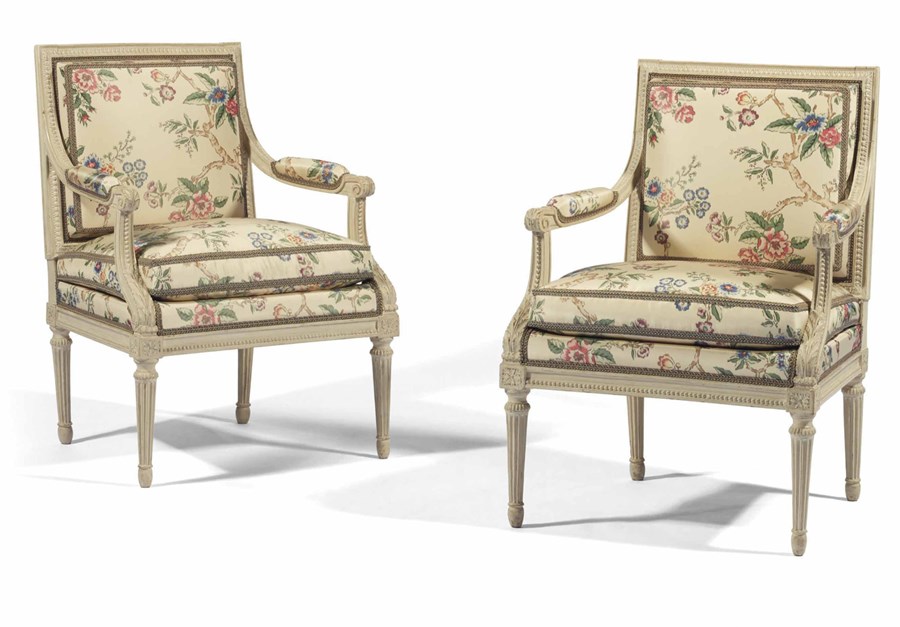 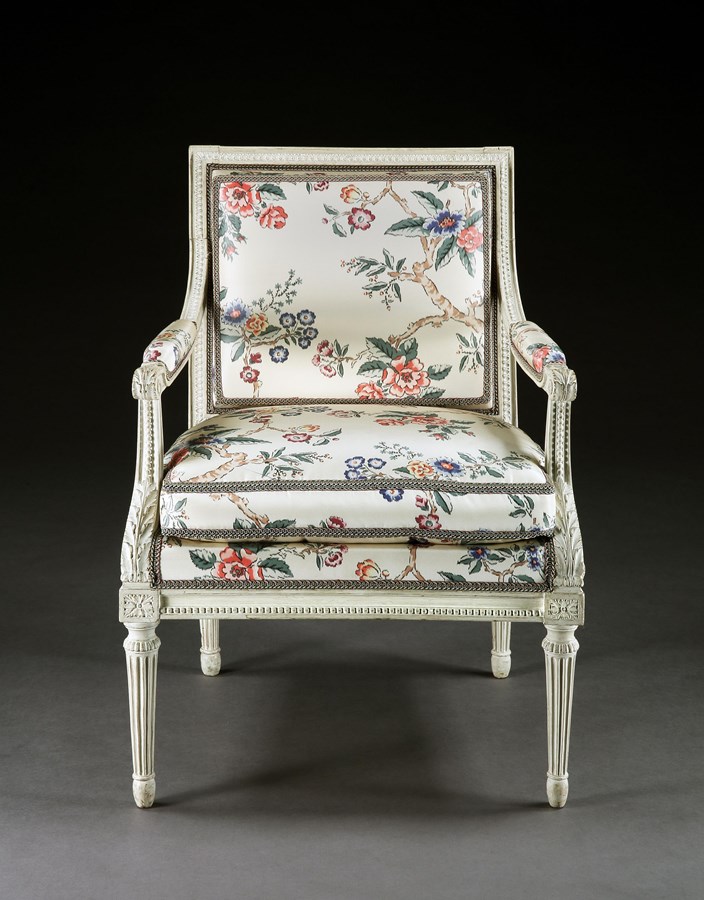 A very fine pair of Louis XVI white-painted fauteuils attributed to Jean-Baptiste Séné. Each chair with a rectangular back and seat, the back carved with leaf tips, the arms and seat rail with beading, standing on turned taperered and fluted legs headed by rosettes and terminating in turned sabots. The whole upholstered with ‘Indienne’ silk.

The Queen took up the task of decorating the château entirely to her liking with the help of Richard Mique, a neoclassical architect. This new residence was furnished through commissions at the Garde-meuble de la Couronne and other furniture from Royal residences. This suite, along with several other commissions, were all delivered to St. Cloud in time for the King and Queen’s arrival on August 29.

The suite was destined for the Salone de Diane, one of the salons in the King’s apartments. John Anderson wrote his reflections on his visits to Paris and the environs in his published journal, The American in Paris in 1838. He describes the room as full ‘with the tapestry of the gobelins,’ referring to the famed Gobelin tapestry manufactory. He also remarks about the thought of Marie Antoinette living at the château with the musing ‘Only to think, here she used to sleep, the little queeny!’

A pair of chaises from this suite has been in the collection of Louvre since 1944. They originally came up at an auction of furniture from St. Cloud in 1794-95. The chairs at the Louvre retain the original label that is inscribed, ‘pour le service de la/ Reine a St Cloud/ n.299.’

The château no longer exists today due to a fire in 1870, however it was an important part of French history. The château has been used to entertain leaders from all over the world since its building, including the Russian Tsar Peter I in 1717, Thomas Jefferson from American in 1786, and Queen Victoria from Great Britain in 1855.