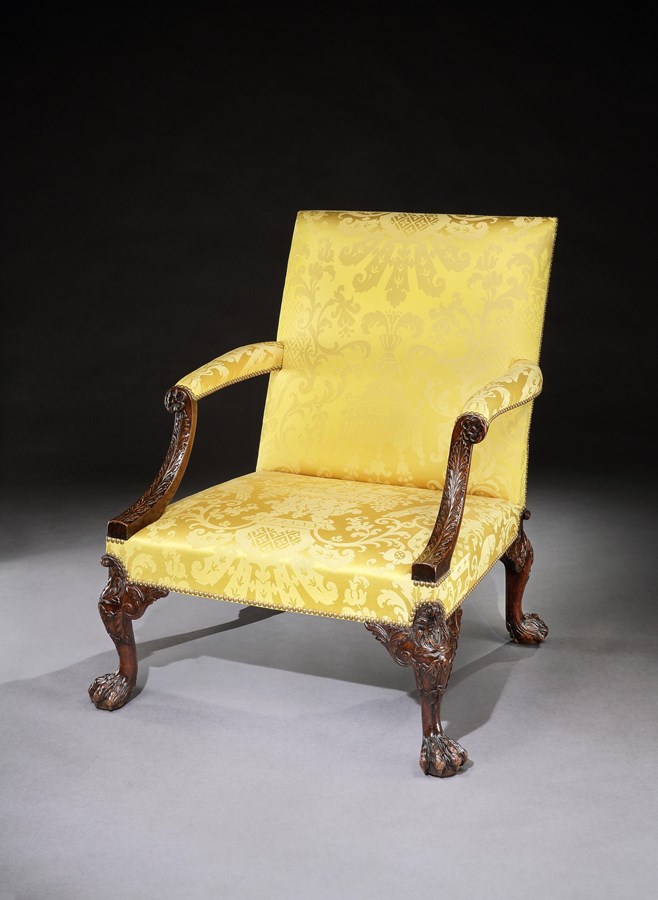 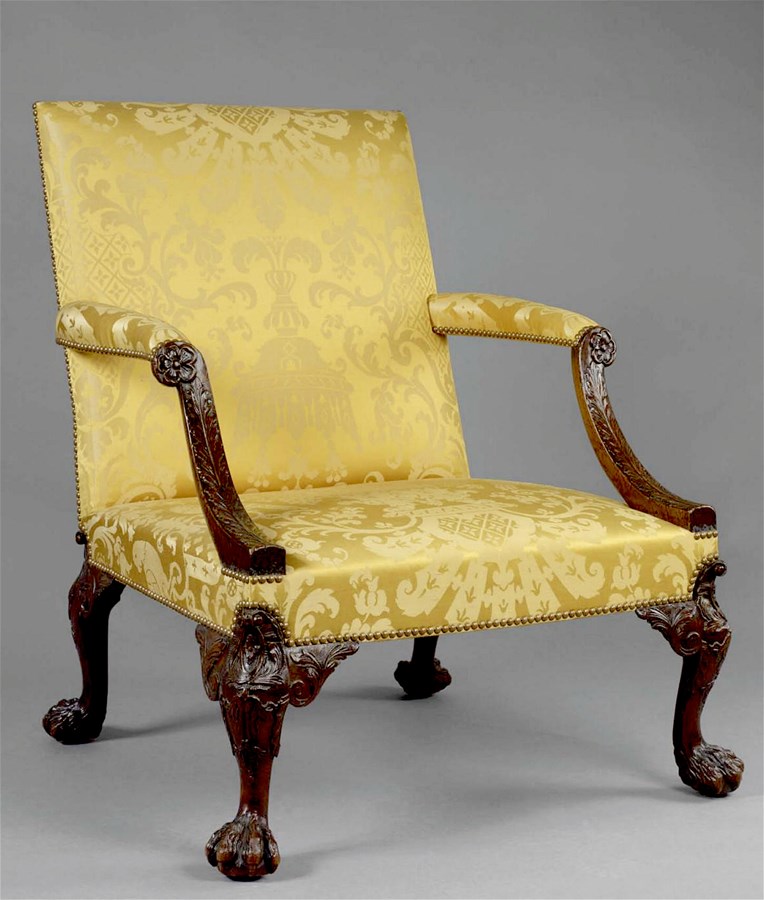 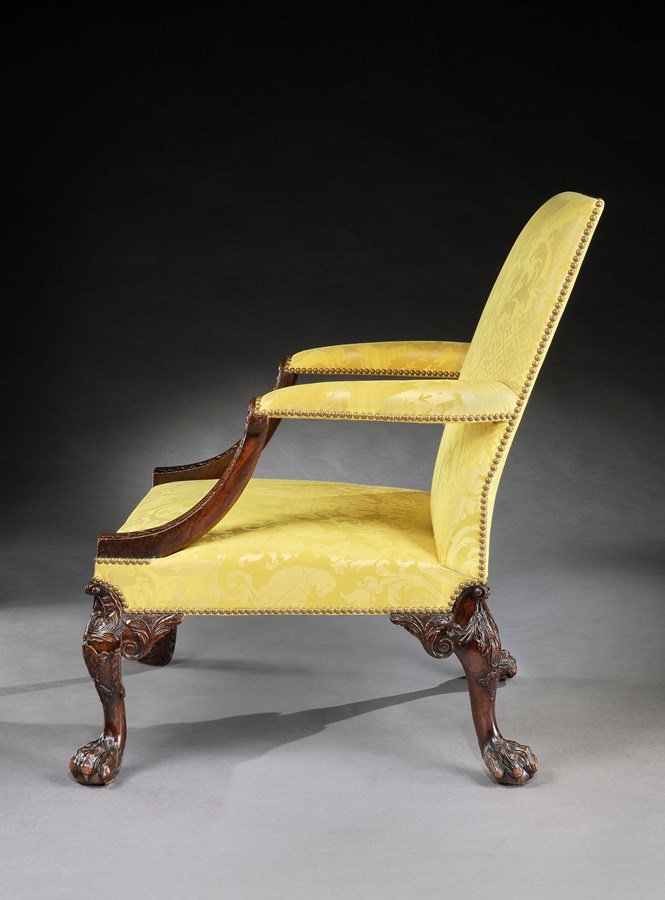 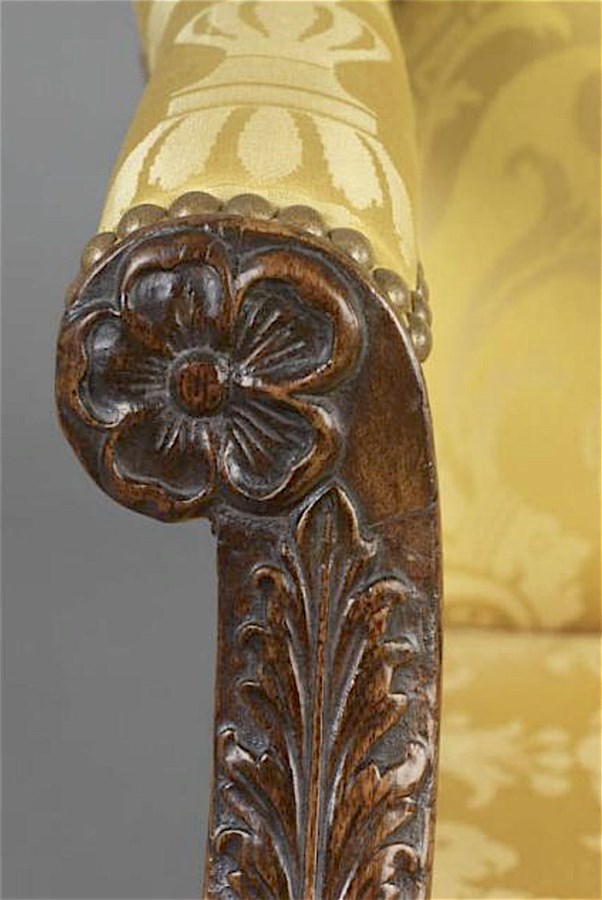 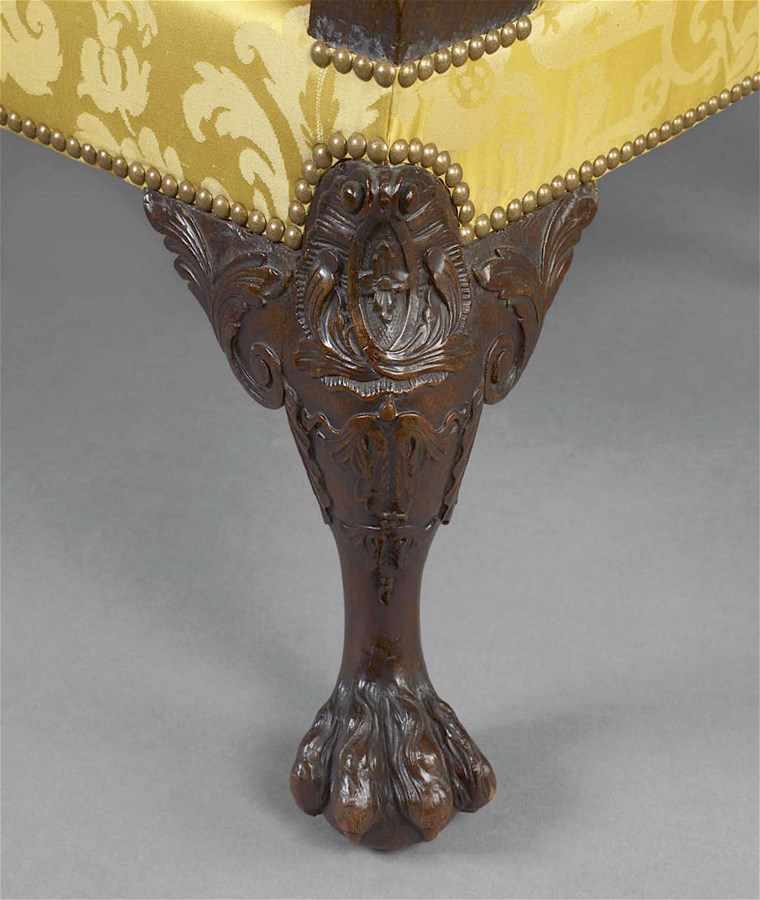 Giles Grendey was a leading London cabinet maker, born in Wooton-under-Edge in Gloucestershire. He was the apprentice to the London joiner William Sherborne, becoming a freeman in 1716. Taking his own apprentices by 1726, Grendey was elected to the Livery of the Joiners’ Company in 1729. His first workshop was at St. Paul’s, Covent Garden, and he moved to St. John’s Square, Clerkenwell in 1772 where he developed a thriving export trade.

There is not a great deal of extant information on Grendey’s English clients, however there is a bill from Richard Hoare of Barns Elms, Surrey that is dated 1723 and includes a chest of drawers, a ‘Burow Table,’ dressing glasses, chimney glasses, and a ‘Wrighting Disk.’ Henry Hoare’s account book, from Stourhead, lists payments between 1746-56 for £46 for chairs. Lord Scarsdale of Kedleston Hall, perhaps the most prominent known patron, acquired ‘1 Fine Jamai. Mahog. Plank’ for £21 in 1762. He also provided furniture for Sir Jacob de Bouverie at Longford Castle.

This chair relates very closely to a suite of ten armchairs supplied to the Hon. George Shirley (1705-1787) at Ettington Park, Warwickshire. The chairs remained at the house until the set was sold in the 1946 house sale.