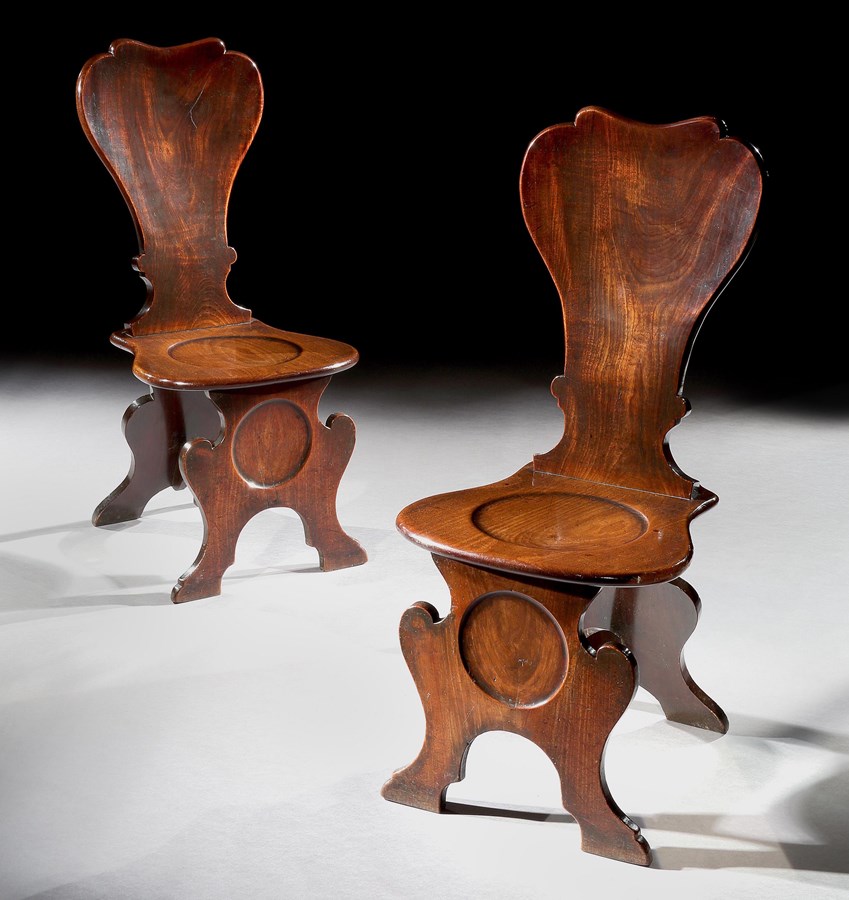 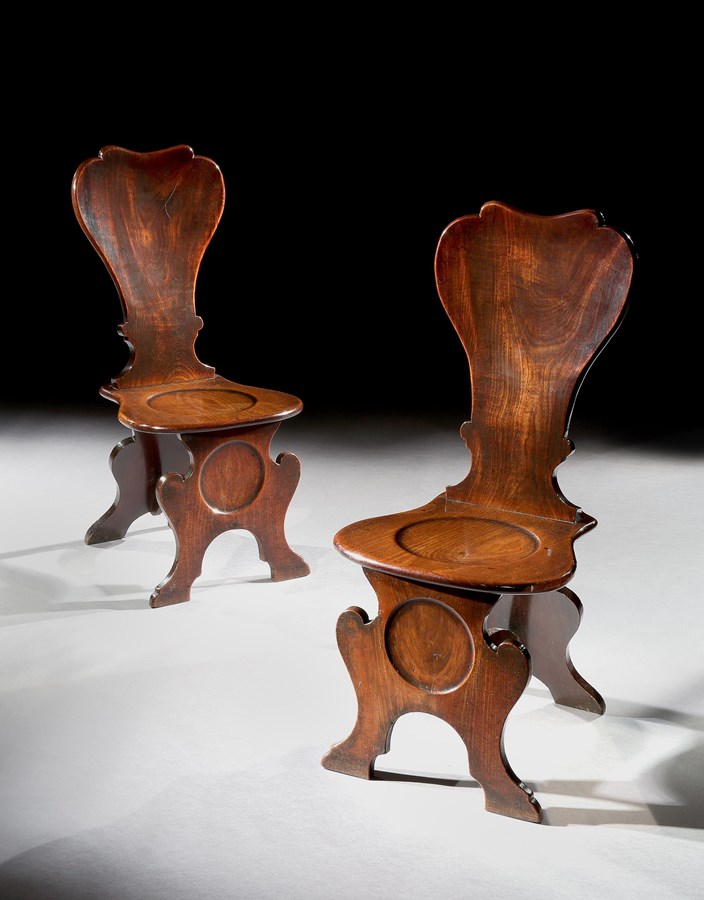 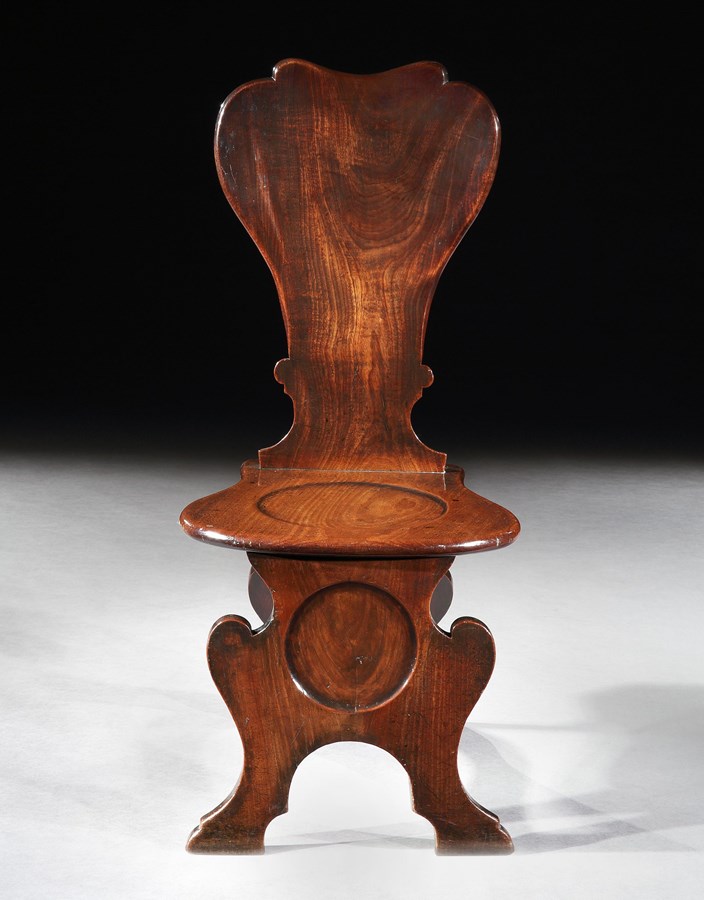 An outstanding pair of George II mahogany hall chairs in the traditional sgabello form. Each chair with an elaborate cartouche shaped moulded back of concave form above a similarly shaped seat with dished roundel, the shaped front and rear legs joined by a stretcher.

Exceptional examples of their kind. The mahogany of particularly fine colour and patina, and of very impressive weight. 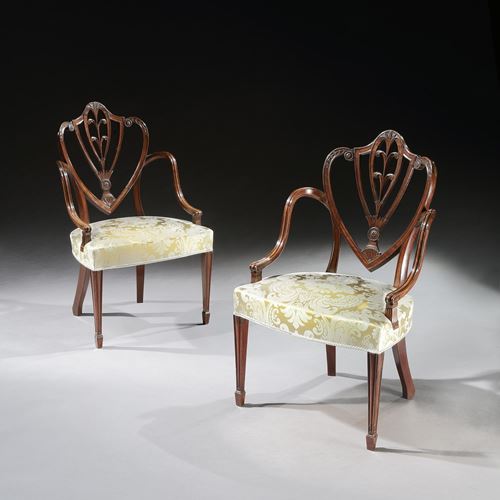 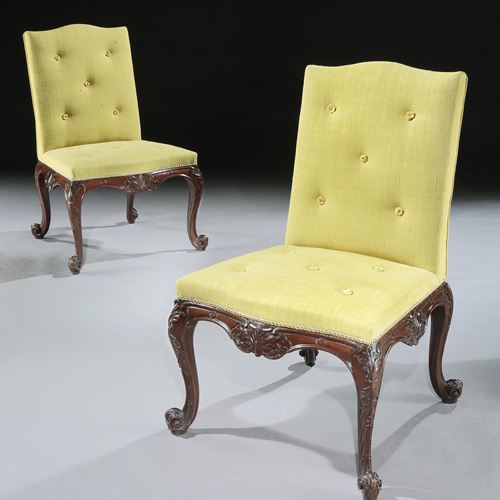 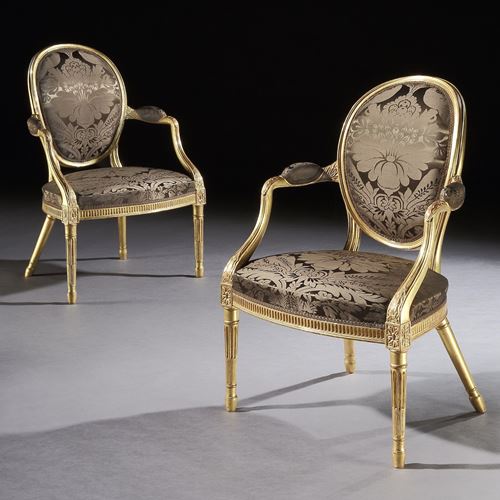