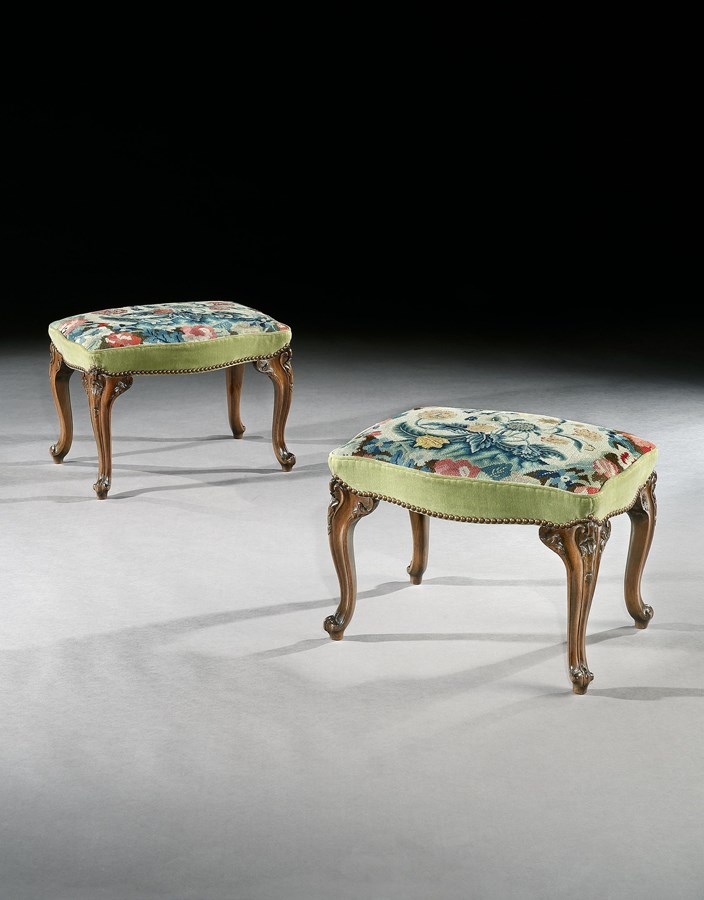 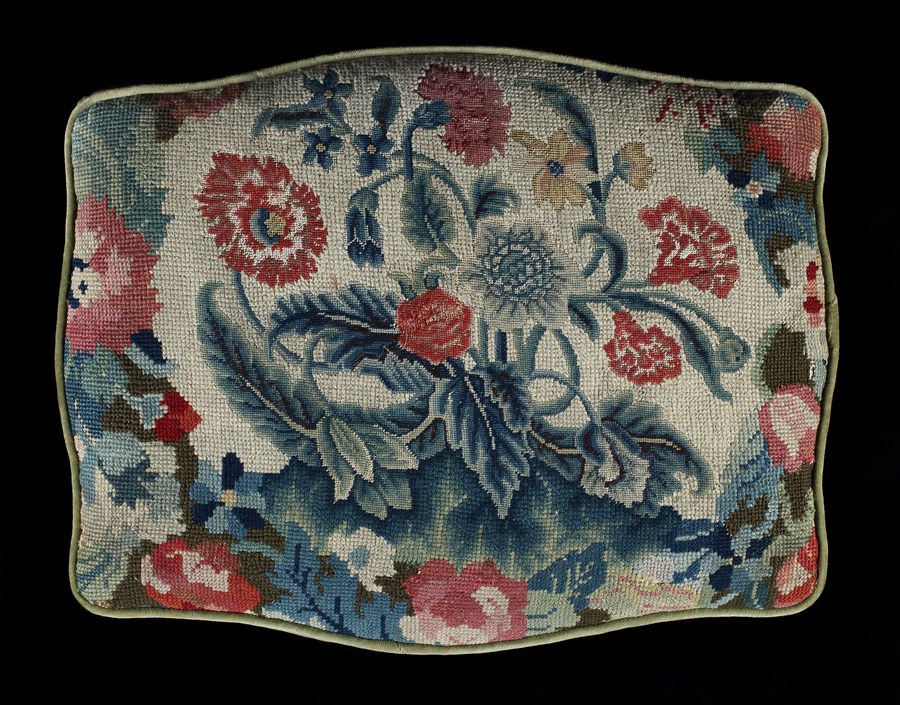 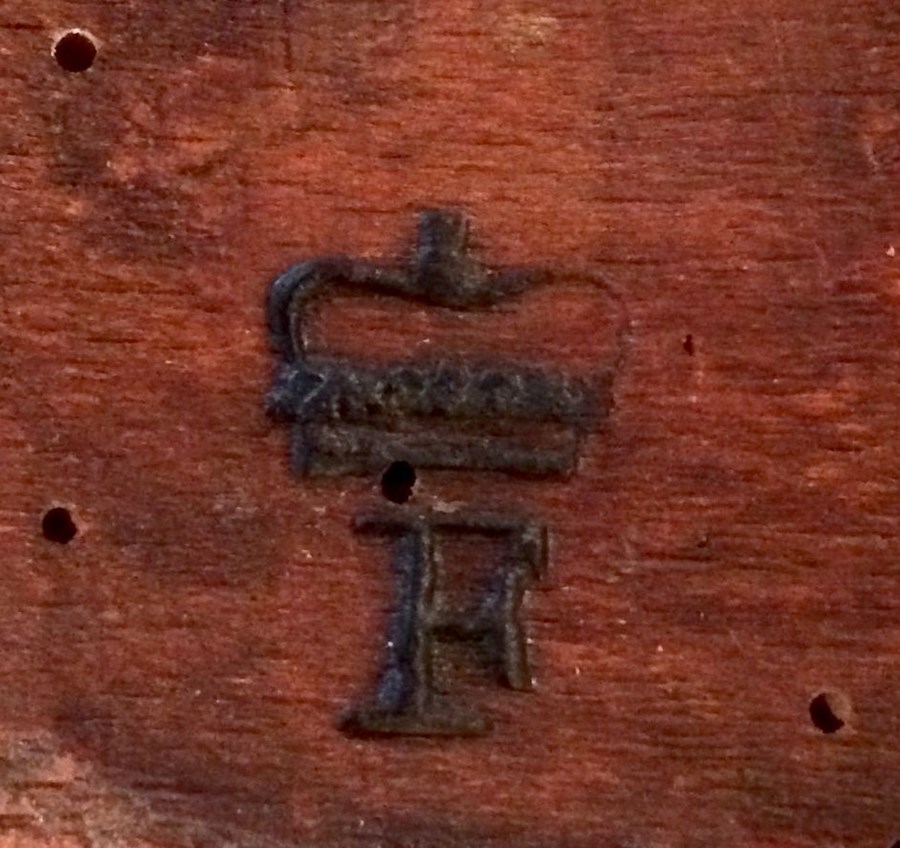 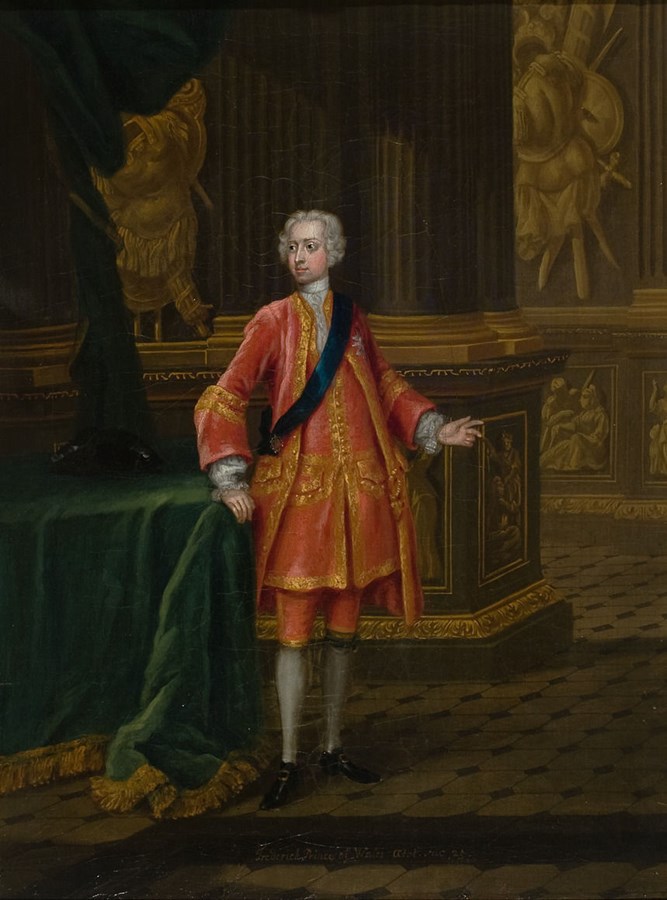 A Royal Commission: A Pair of George II Mahogany Stools

An exceptional pair of George II mahogany stools. The stools with serpentine sides, the seat rails rising at the corners to small scrolled hips above moulded and carved cabriole legs, the legs terminating in strolled toes on small pads. The stools upholstered in French 18th century gros and petit point needlework.

Each stool stamped ‘F’ beneath a closed crown (indicating a royal) on the underside of the seat rales. The cypher is that of HRH Prince Frederick Lewis, Prince of Wales, KG, the eldest son of George II.

These stools embody an elegant and sophisticated design with the serpentine curve of the seat rails and shaped sides that rise at each corner to small scrolled hips. The small scroll feet raised on pads reflect the French fashion, and there are several examples in Chippendale’s Director.

The presence of the cypher of HRH Prince Frederick Lewis, Prince of Wales, KG (1707-1751) is significant. The cypher features a closed crown, which indicates a royal. The cypher features a rough approximation of the single arched Royal coronet, which can only pertain to an heir apparent to the British Crown. Frederick was born Duke Friedrich Ludwig of Brunswick-Lüneburg, the eldest son of the future King George II and Caroline of Ansbach. When Frederick’s grandfather, George I, died in June 1727, his father became King George II and Frederick was created a Prince of Great Britain. Frederick predeceased his father in 1751, and when King George II died in 1760, Frederick’s eldest son, George William Frederick, succeeded to the throne as King George III.

As Frederick died in 1751, these stools can be firmly attributed to an earlier date, which makes them an early example of pre-Director rococo style of furniture in England.

A Royal Commission: A Pair of George II Mahogany Stools