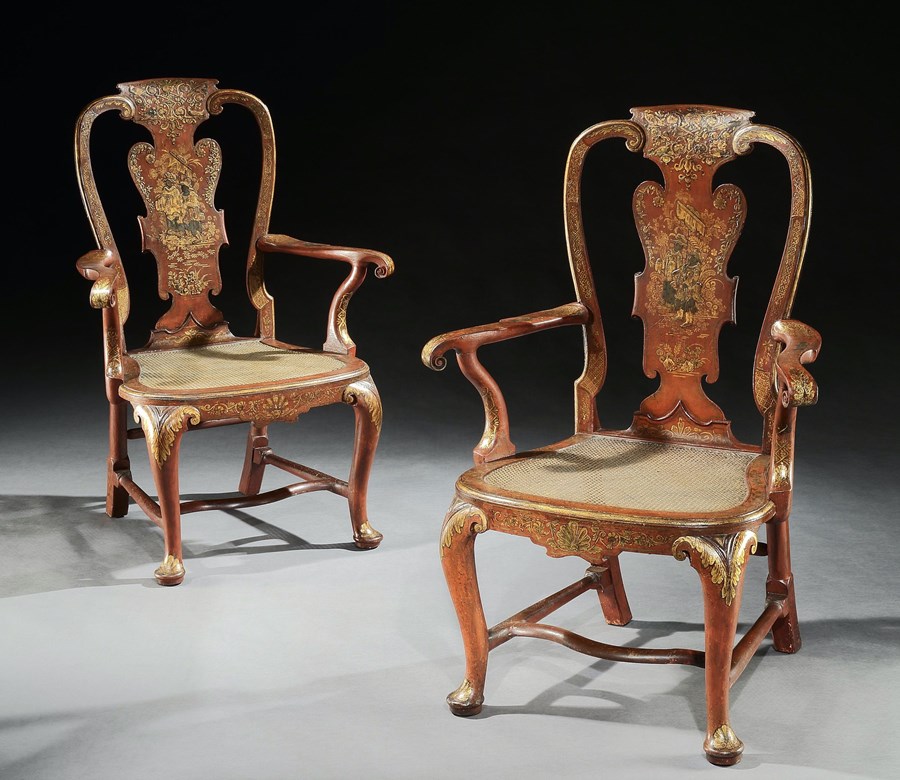 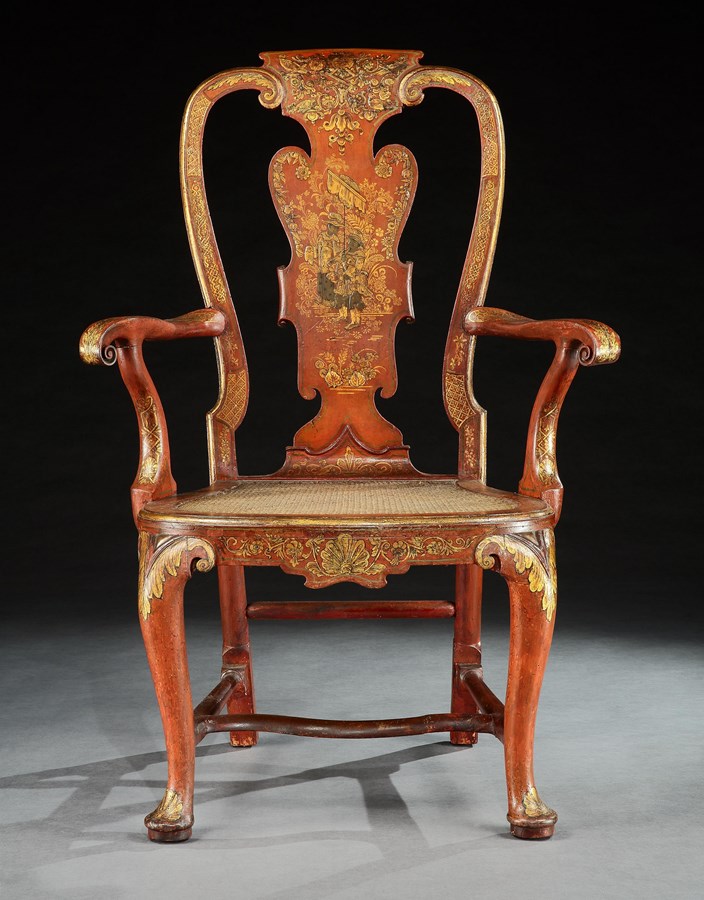 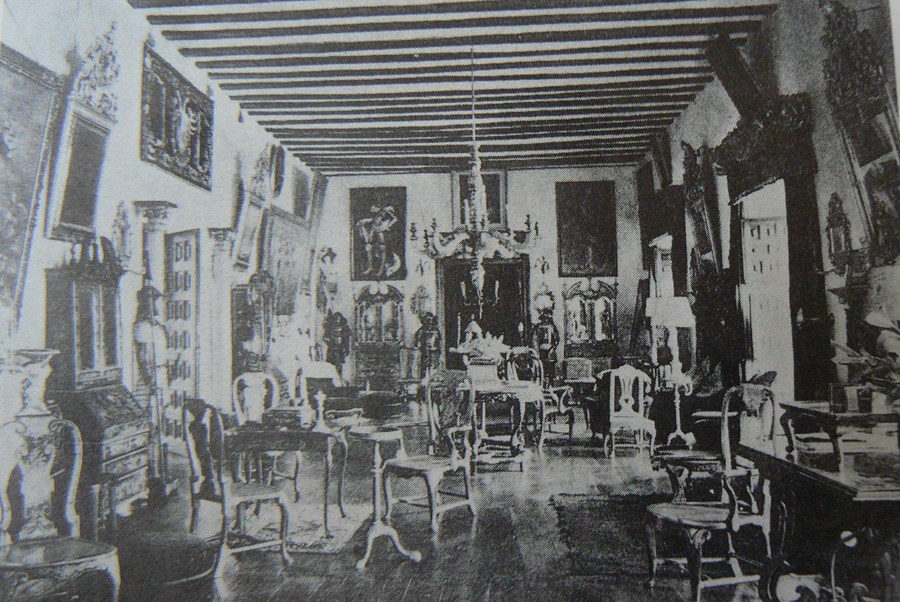 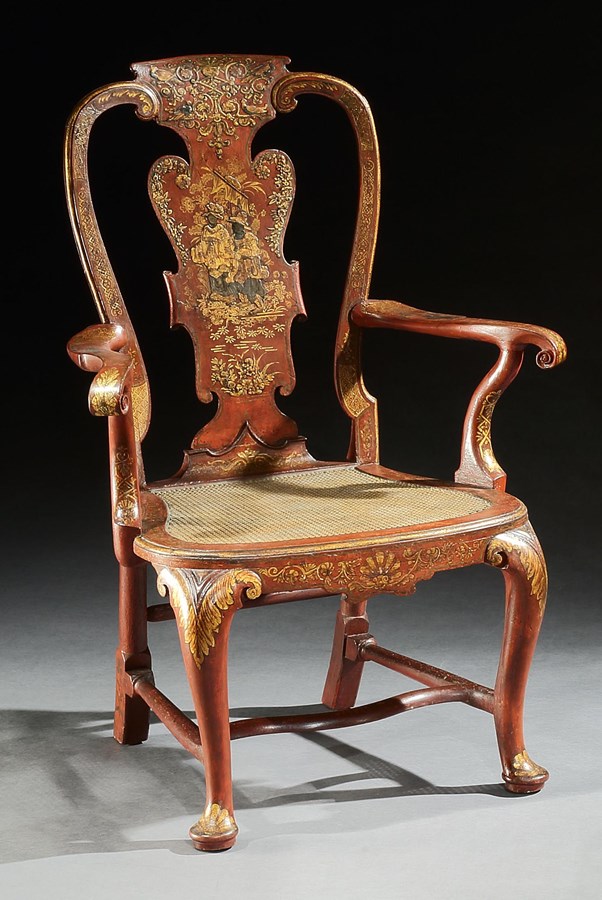 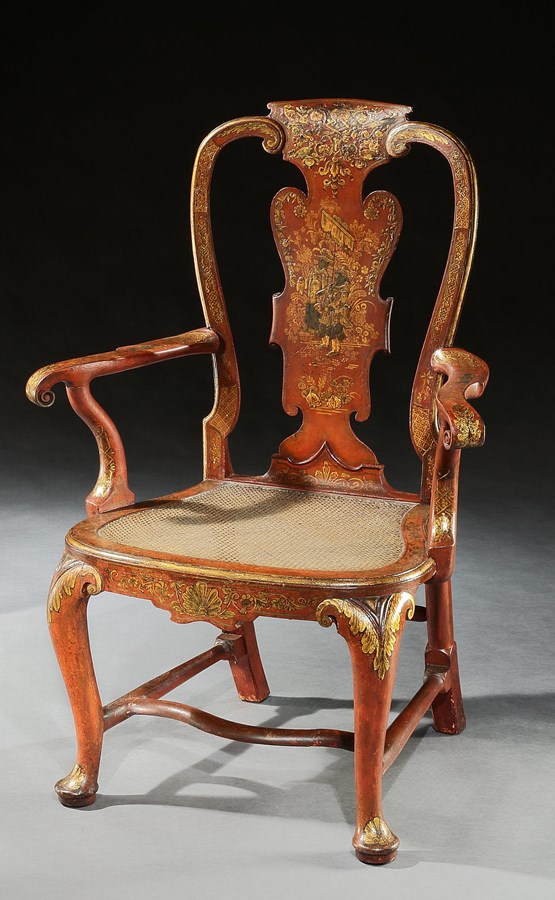 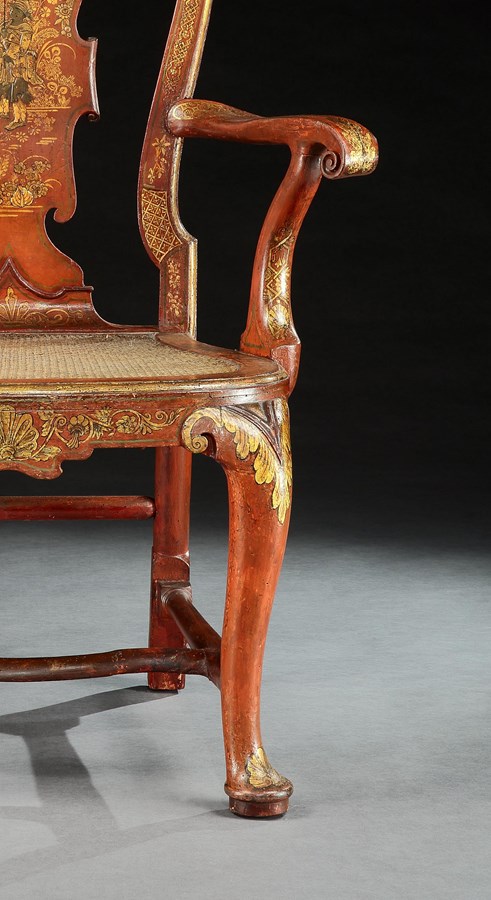 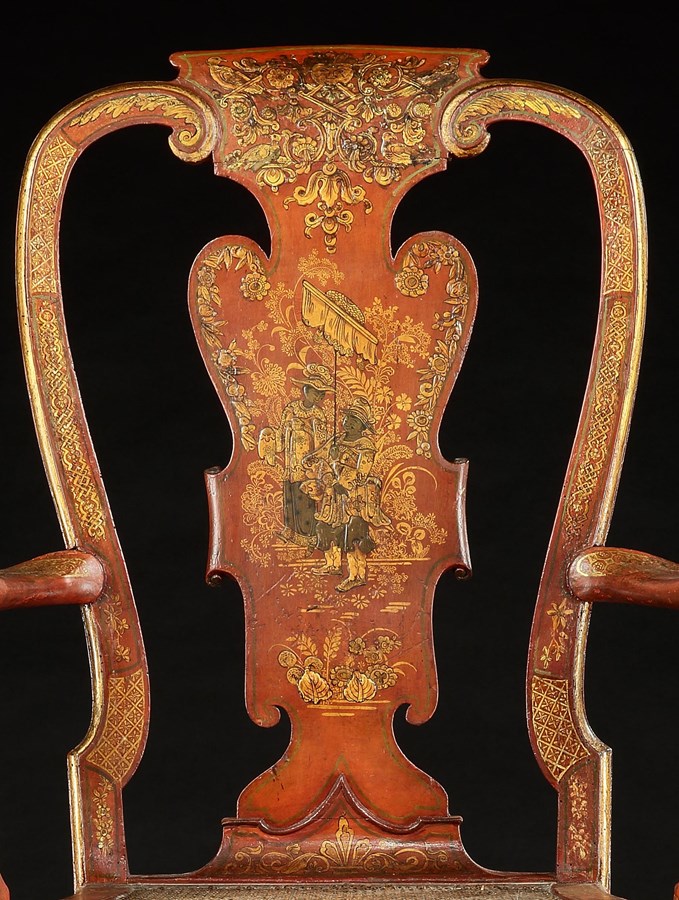 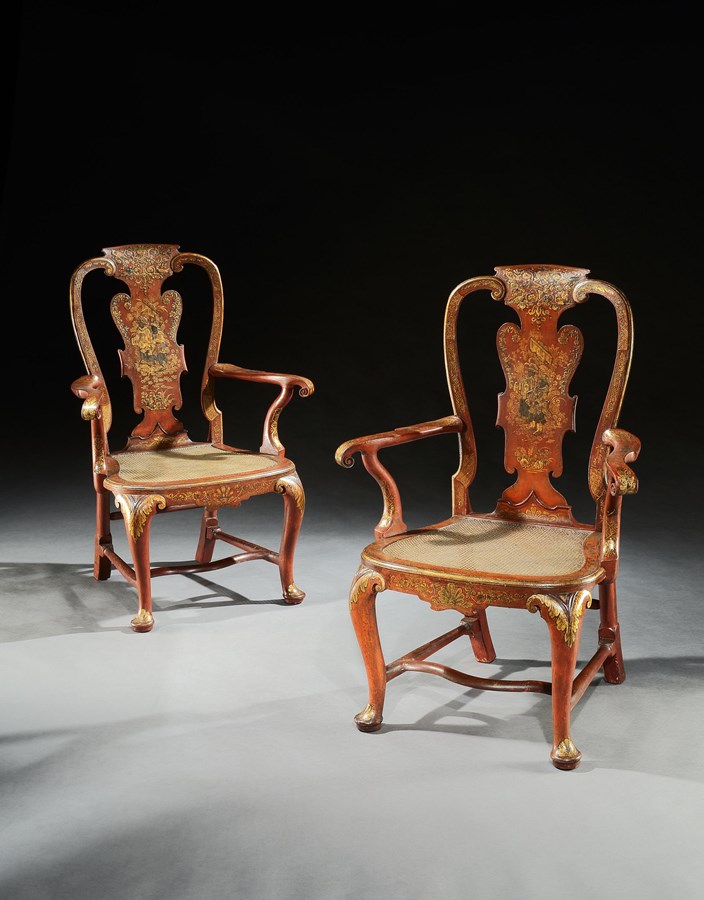 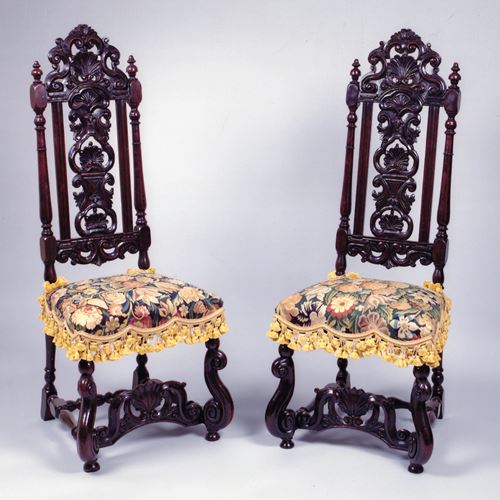 A pair of William and Mary walnut high back chairs 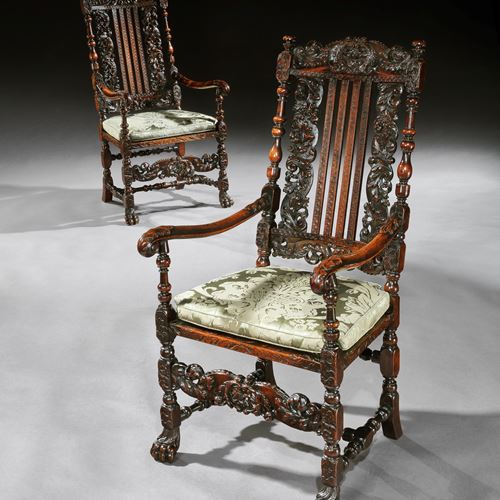 A PAIR OF WILLIAM AND MARY WALNUT ARMCHAIRS 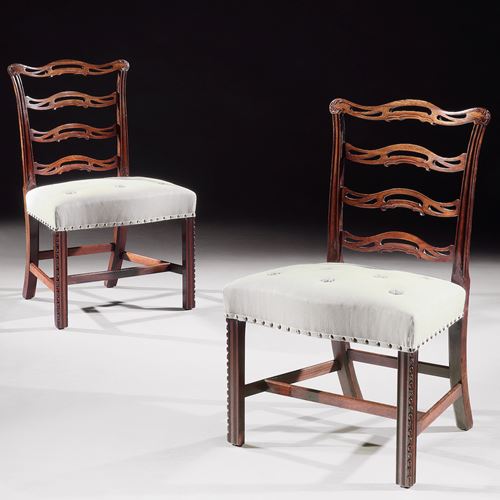