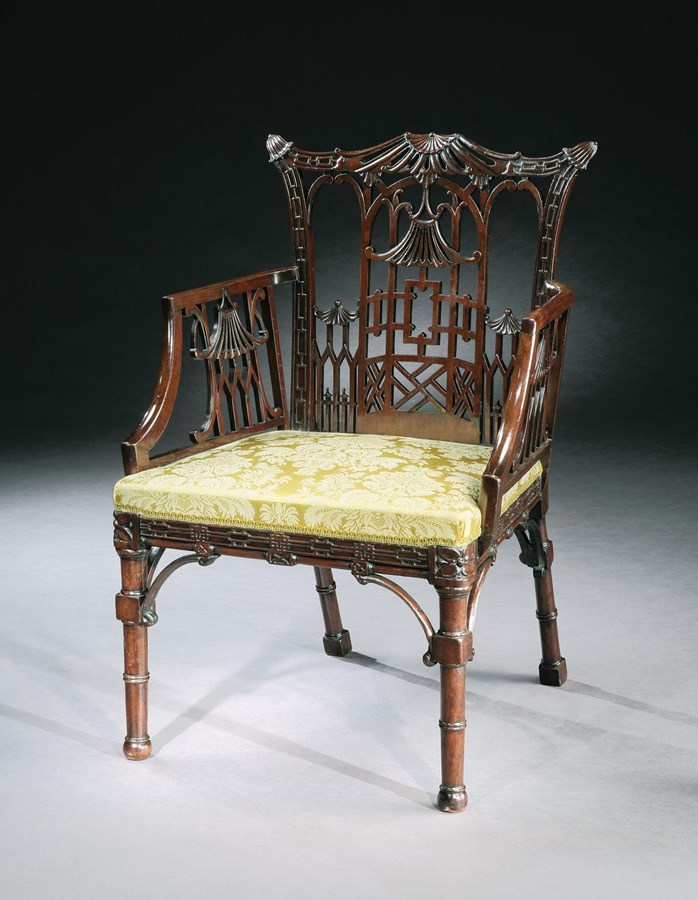 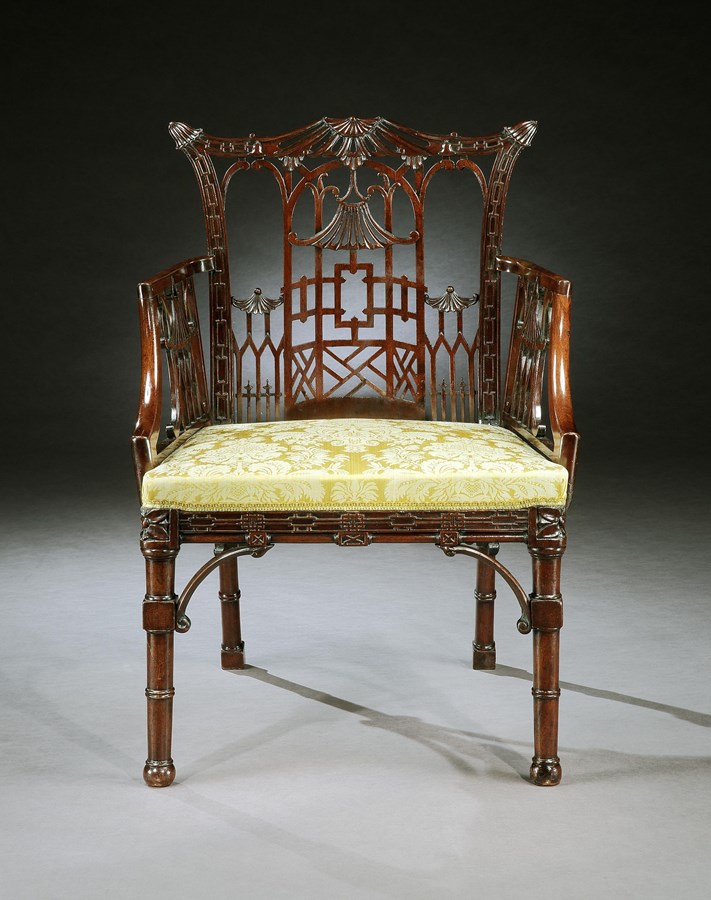 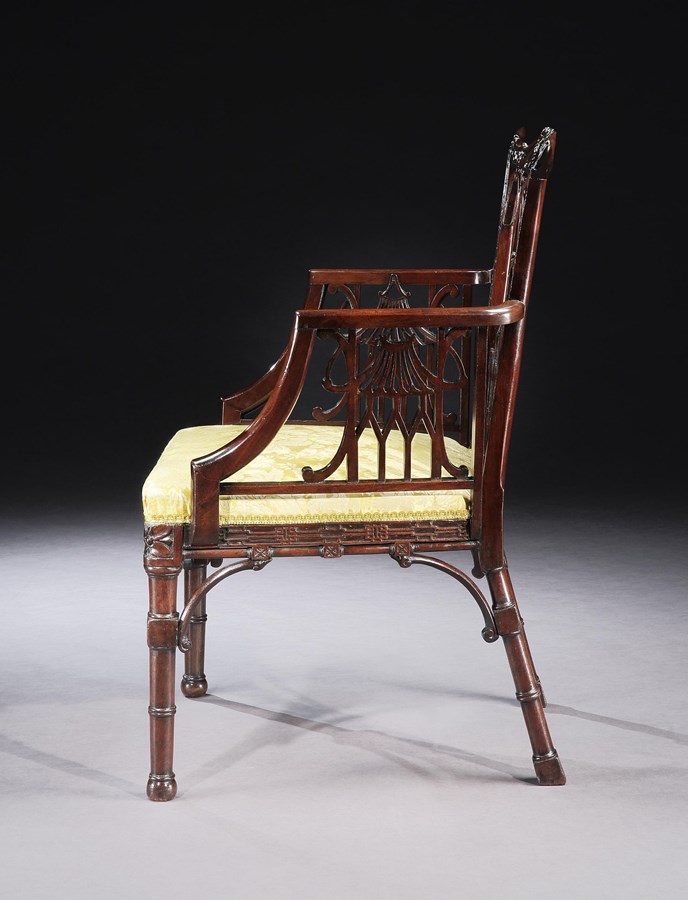 An outstanding and important George II carved mahogany armchair of the finest quality. Designed in the chinoiserie taste, the back splat carved with a pagoda cresting and a highly detailed lattice-work back and sides, with a silk upholstered seat above turned legs.

The mahogany of exceptional colour throughout.

The Leopold Hirsch Collection, until sold 1934

This magnificent chair with its chinoiserie design reflectsthe influence of Sir William Chambers and his publication Designs for Chinese Buildings, Furniture, Dresses, Machines and Utensils of 1757. These ideas in turn influenced craftsmen such as Thomas Chippendale who published nine designs for exotic ‘pagoda’ chairs in his The Gentleman & Cabinet-Maker’s Director, 3rd ed., London, 1762.

This chair is of almost identical pattern to the celebrated suite which had probably been commissioned by the 2nd Earl of Bessborough shortly after his purchase of Ingress Abbey in 1748. It was almost certainly Chambers who provided the design, as he is known to have carried out improvements at Ingress up until and beyond 1760.