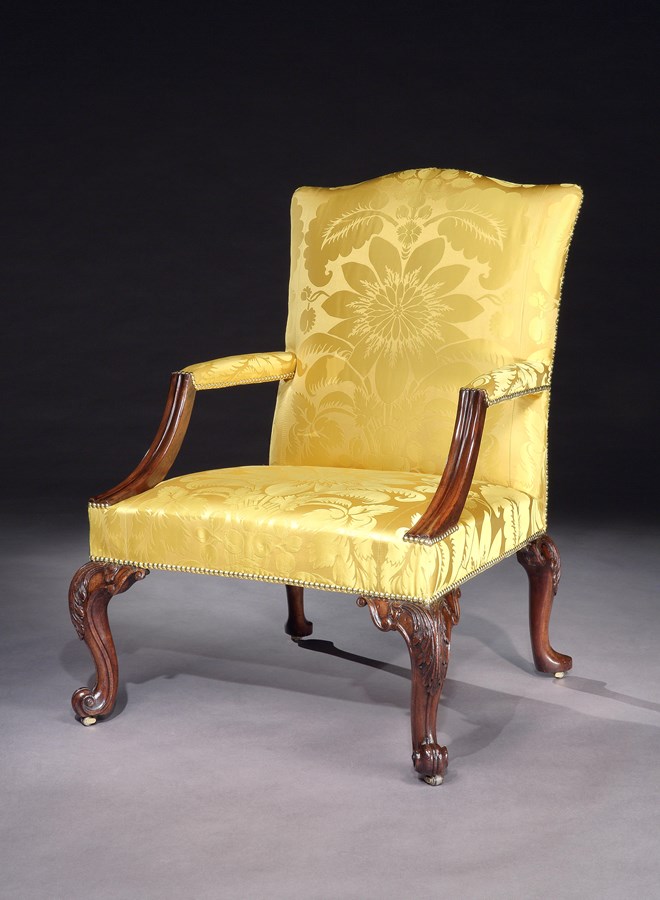 An extremely fine George II walnut library armchair of very generous proportions, with a serpentine shaped uphosltered back, the arm-rests ansd straight-fronted similarly upholstered, all  in a  brass-nailed yellow silk damask, the walnut arm-supports slightly channelled, with  superb acanthus carved cabriole legs with scrolled feet to the front, with leather castors, the back legs outswept.

The walnut with particularly fine colour and patina throughout.

This superb armchair, with its distinctive leg pattern, relates very closely to a suite of seat furniture supplied to the 2nd Earl Poulett (d. 1764) for Hinton House, Somerset. Several leading London craftsmen were involved in the commission for Hinton, probably working under the direction of the architect Matthew Brettingham. These included Matthias Lock, Giles Grendey and Thomas Chippendale. However, the suite is most commonly associated with the work of  William Vile (d.1767) and John Cobb (d.1778), later Royal cabinet-makers to George III, who formed a powerful syndicate with William Hallett (d.1781) in St. Martin’s Lane from 1753.

Both Vile and Hallett were born in Somerset and, through family connections there, may well have been introduced to Earl Poulett and become involved with the  refurbishment of Hinton.

An armchair of identical pattern and presumably the pair to the present lot was with Frank Partridge & Son, illustrated in Connoisseur, June 1949. 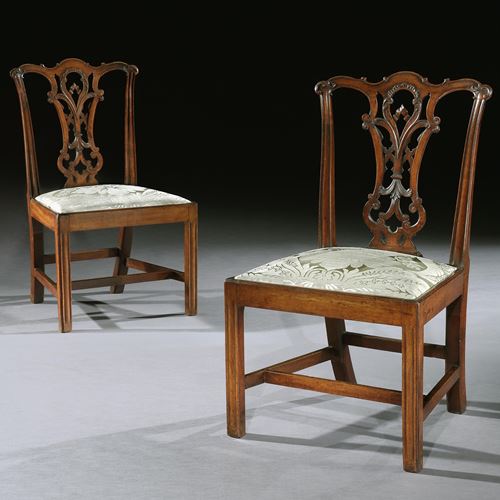 A Pair of George III Mahogany Side Chairs 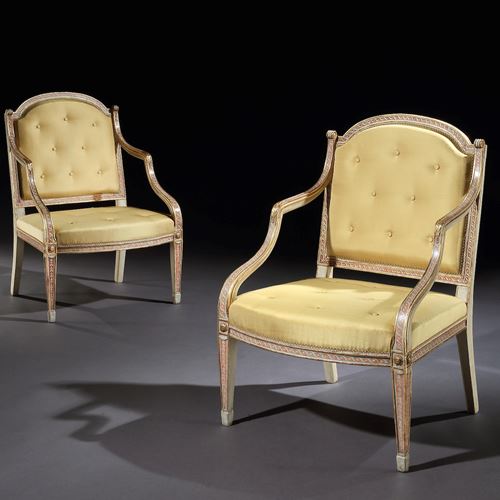 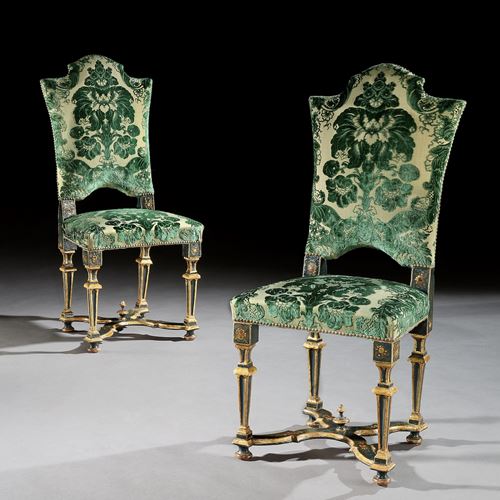 A PAIR OF JAPANNED SIDE CHAIRS