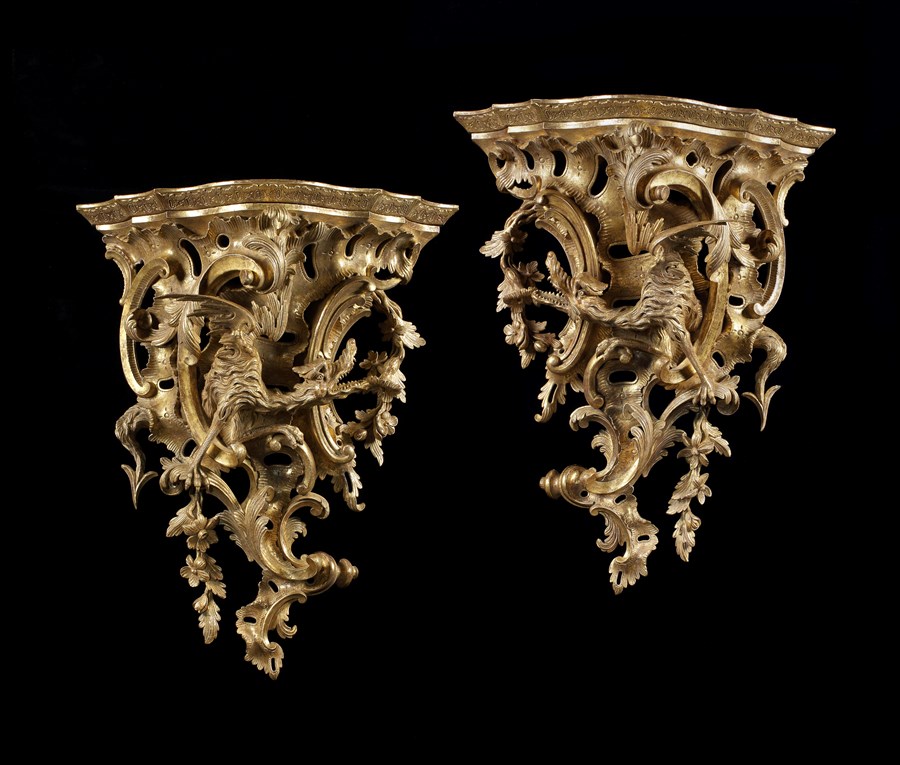 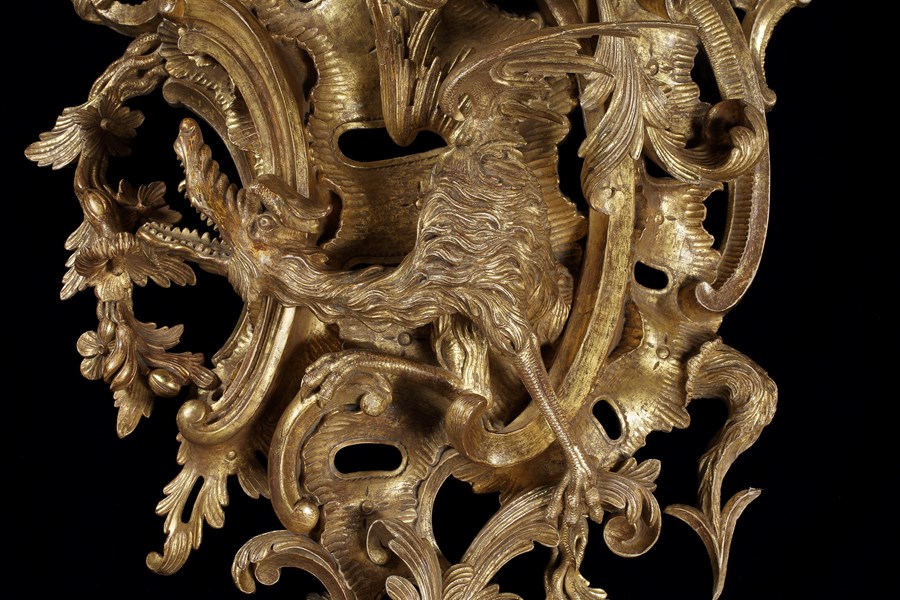 england , in the 18th century manner

An outstanding pair of giltwood chinoiserie wall brackets, each with a shaped serpentine fronted shelf supported by a profusion of carved C-srolls and floral swags entwined around a magnificent chinoiserie dragon.

Of exceptional scale and quality.

The model supplied by John Gilbert and designed by George Dance the Elder for the Mansion House, London

These magnificent carved giltwood wall brackets are closely modelled on a set of six brackets designed by George Dance the Elder (1695 - 1768) for the vestibule of the new Mansion House, London. On 20 September 1752, Dance was ordered to present a 'Plan for Lighting the whole House in a proper manner with Drawings for same and an Estimate of the Charge thereof' (S. Jeffrey, The Mansion House, Chichester, 1993, p. 714). Dance drew upon the fashionable Rococo patterns of the period by designer-craftsmen such as Matthias Lock (1710-1765), Thomas Johnson (1714-1778) and Thomas Chippendale (1718-1779). Johnson dated a design 1746 for a 'Contrast bracket to hold a small figure or busto' (J. Simon, 'Thomas Johnson's 'The Life of the Author', Furniture History, vol. 39, 2003, p. 22, fig. 2), and plate CXXXI in Chippendale's 1754 Director. Dance's brackets, for which a sketch exists, were intended to hold 'portable lights' and, and in the 1762 inventory these are described as, '6 Stands for Candles for the Vestibule'. John Gilbert (1742-1784) was a master carver chosen to make the light fittings including the set of six brackets at £15 (£2 10s each); they were completed and installed in the third week of December 1752. They are still  in situ at the Mansion House.

John Gilbert is understood to have traded from Mount Street, Mayafira and is known to have worked on designs  for Robert Adam at Lansdowne House and Osterley.