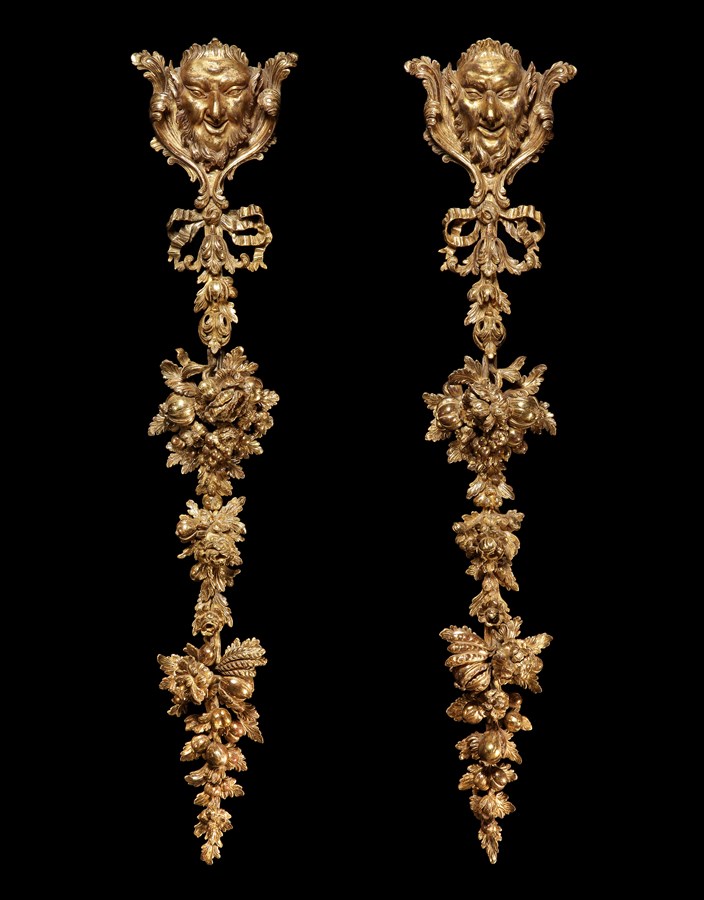 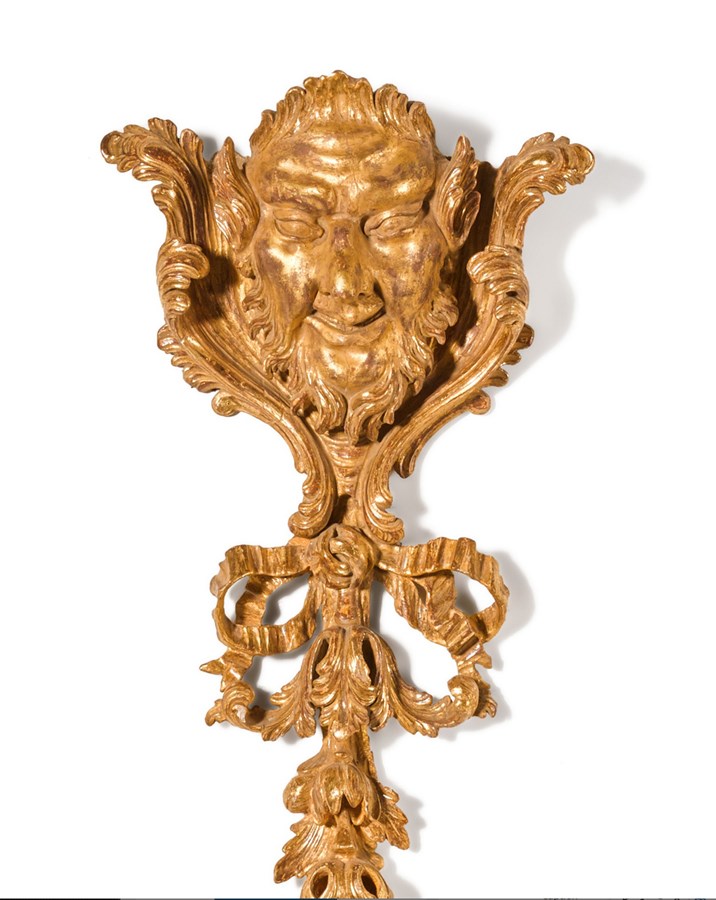 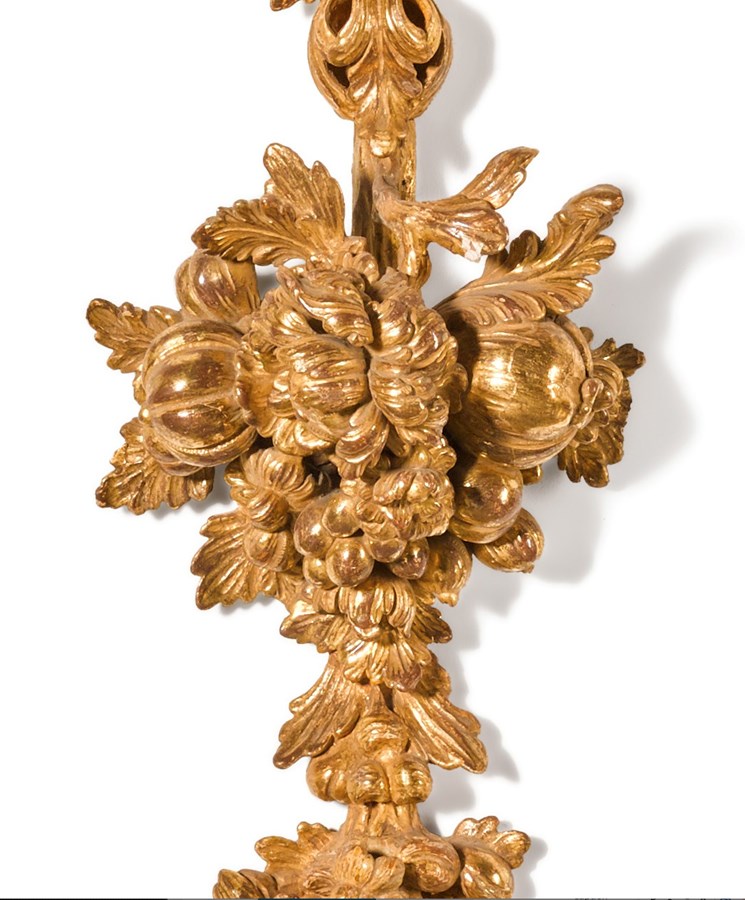 Wonderful quality and depth of carving.

Their date would suggest they were commissioned by Lord Shaftesbury after his second marriage in 1759 to Mary Bouverie, daughter of the 1st Viscount Folkestone of Longford Castle, when the house at St. Giles was redecorated in the Rococo style that had recently become fashionable having been introduced from France.

St Giles House in Wimborne St Giles, Dorset is the ancestral home of the Ashley-Cooper family, the Earls of Shaftesbury. Bulit in 1651, the house is Grade 1 listed and is renowned for the superlative furnishings that were commissioned for it during the 18th century but sadly now mostly dispersed. The house lay empty and all but abandoned for many years, but has in recent years undergone a wonderful restoration with the family now living  there once again.