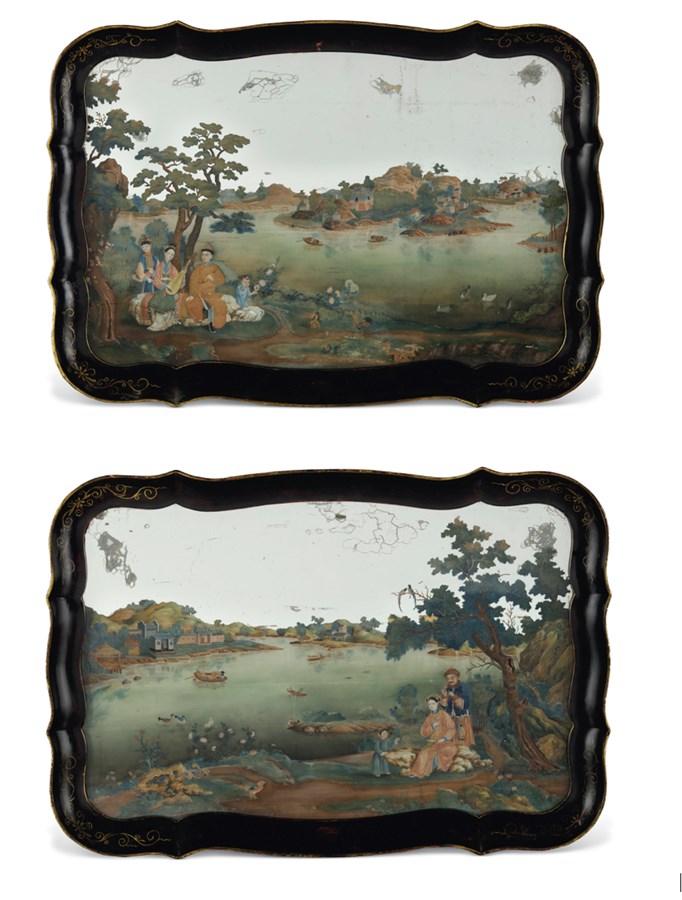 A fine and rare pair of Chinese Qing Dynasty reverse glass mirror paintings, each one decorated with a wonderful landscape, with figures underneath a tree, besides a lake with boats and ducks, and further scenery with trees and pavilions in the background. Each held in chinoiserie decorated black lacquer frames.

Chinese mirror and glass paintings were produced during the late 18th and early 19th centuries purely for export to the West, their decoration deriving in some degree from European engravings. Painted upon plates of glass, the painting was excuted on the back of the glass, a technique which was known in the 18th century as 'back-painting'. Many of the paintings with water landscapes, like these, were produced in Canton, a centre for painting on glass.

A mountainous river landscape with a couple in the foreground on the right hand side, attended by a small servant and shaded by a tree, seems to have been quite a popular subject. A mirror painting of this subject was sold by Major-General Sir George Burns from North Mymms Park, Hertfordshire, Christie's, 24 January 1979, lot 74. Interestingly the figures are exactly the same as here, indicating the same engraved source.

A further pair of mirror paintings formerly from the celebrated Horlick collection depict again the same groups of figures. 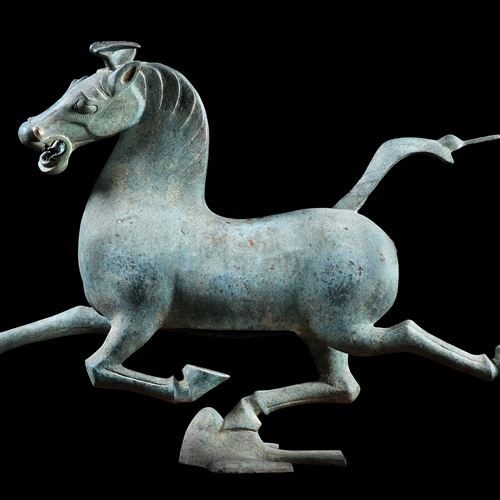 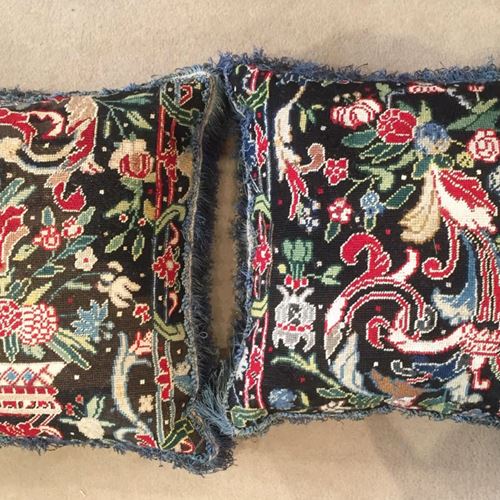 A PAIR OF NEEDLEWORK CUSHIONS 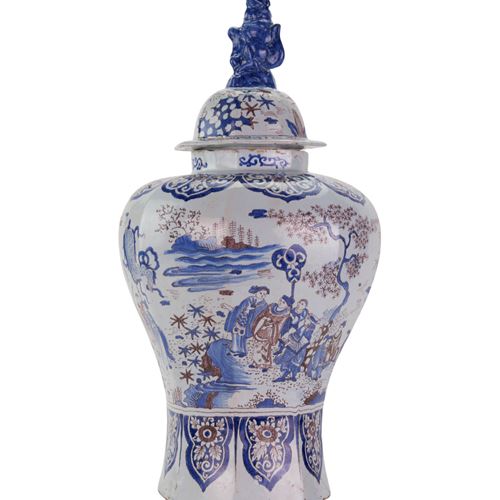