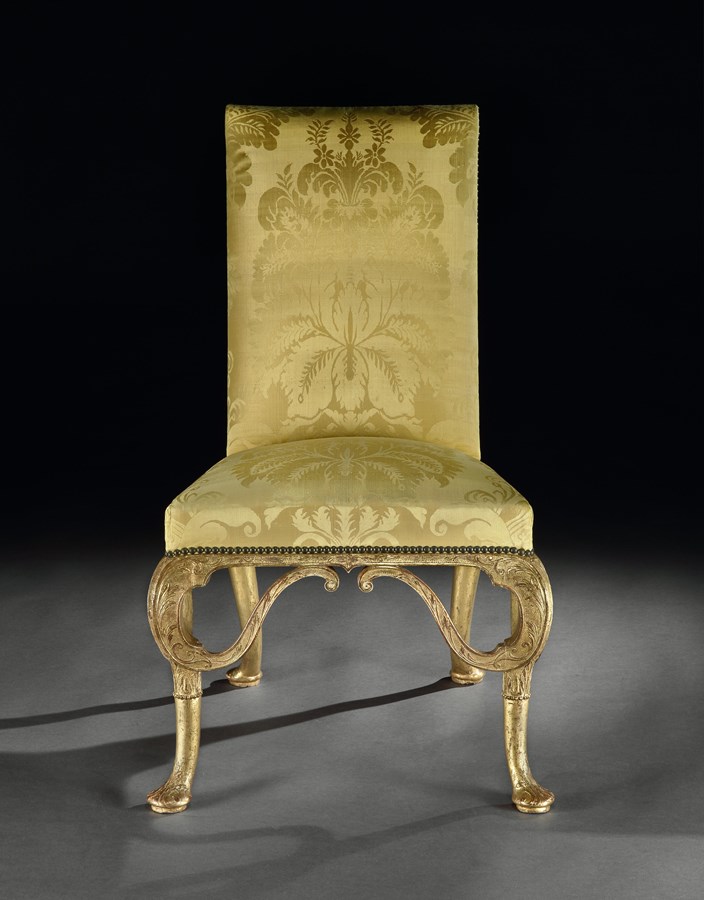 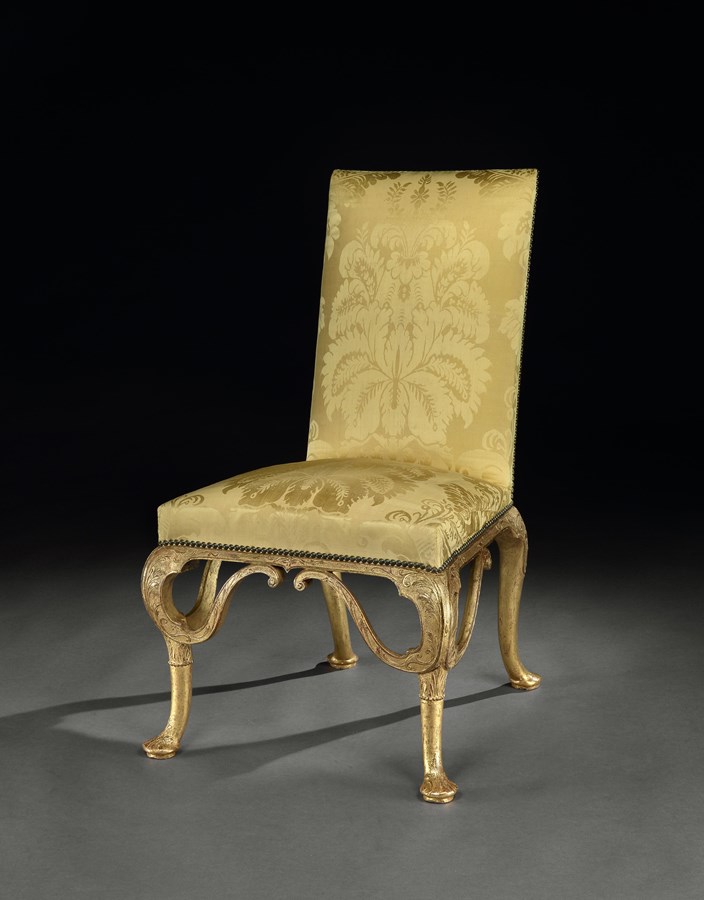 A GEORGE I GILT GESSO SIDE CHAIR

An exceptionally rare George I gilt gesso side chair, probably made by James Moore, the seat and back upholstered in antique yellow floral damask silk, the front cabriole legs joined by scrolling open bracket supports, the rear legs elegantly outswept, the legs and seat frame all decorated with acanthus carved gilt gesso detailing.

This chair was probably made by James Moore the elder (1670 - 1725) whose premises were 'against the Golden bottle' in Shorts Gardens, St. Giles-in-the-Fields and who became cabinet-maker to George I and the Prince and Princess of Wale, later George II. He served leading members of the British aristocracy including the Duke of Chandos and the Duke and Duchess of Marlborough, who appointed him Comptroller of Works at Blenheim in 1716 as successor to Sir John Vanbrugh. Moore was renowned for giltwood furniture and in some instances his pieces were incised MOORE through much of his work can at best be attributed to him. He was particularly influenced by contemporary designs from France disseminated through works such as Daniel Marot's Nouveau Livre d'Orfeverie, 1703, and by the designs of Jean, René and Thomas Pelletier, and William Kent.

Although highly idiosyncratic in style with its 'flying brackets', there are parrallels for comparison : The overall design of this chairs relates closely to the celebrated pair of walnut stools sold Sothebys London, Benacre Hall, 9 - 11 May 2000 (£256,500) and subsequently Christie's New York, The Rockefeller Collection, 9 May 2018 (US$275,000).

The closest comparison, and possibly part of the same original suite, is a gilt gesso side table sold from the collection of Hugh and Marion Sassoon, Christie's King Street,  Julians Park and Six Private Collections, 8 June 2001, lot 294.

A GEORGE I GILT GESSO SIDE CHAIR