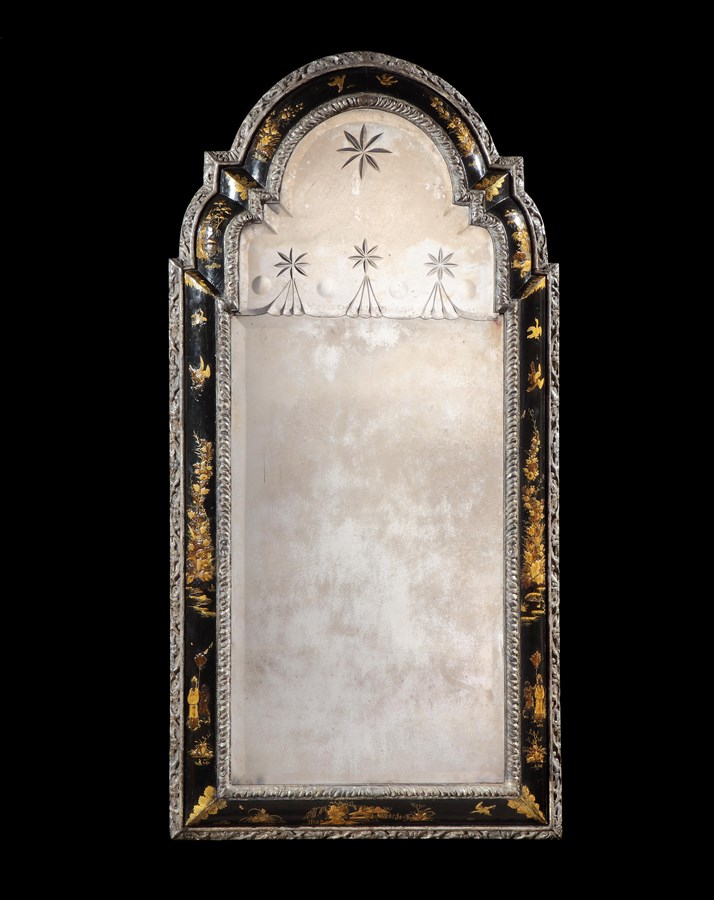 A very fine and rare William III carved silvered and japanned pier mirror, the divided upright arched mirror plate engraved with stylised stars and a scalloped edge, the conforming frame with an inner gadrooned border, the moulded black and gold japanned cushion border with raised chinoiserie decoration with figures, birds, flowers and pavilions, all within a foliate and strapwork carved outer edge.

This pier mirror, with its richly japanned frame within carved and silvered moldings, is a rare survival. The various elements of its chinoiserie decoration are derived from A Treatise of Japanning and Varnishing, published by Stalker and Parker in 1688, in which they declared in the introduction 'The Epistle to the Reader and Practitioner ',  'We have laid before you an Art very much admired, and all those who hold any commerce with the Inhabitants of Japan'. The following chapters include 'How to Make Varnishes', 'To make raised work in imitation of Japan, and of the Paste', and instructions 'To take off any Japan-patterns in this Book, upon any piece of work whatever'. The work contains some twenty three plates showing illustrations of flowers, birds, figures and pavilions, all in the oriental manner which relate to the decoration found on the present frame.

The present mirror was originally placed above a similarly decorated table (sold Christie's New York, Important English Furniture, 9 October 1993, lot 357), together with a pair of candle-stands, as part of a 'triad'. As Adam Bowett notes in English Furniture 1660-1714, From Charles II to Queen Anne, Woodbridge, 2001, "if the Lord Chamberlain's accounts are an accurate reflection of the general trend, then the 'triad' was the most numerous single product of the cabinet-makers workshop'. He illustrates an exceptional suite at Hopetoun House which is attributed to the Huguenot John Guillbaud. This is both japanned and gilded, although the former is in the European taste being decorated with colored flowers on a black ground. (Bowett, op. cit., p. 15, pl. 1:4). 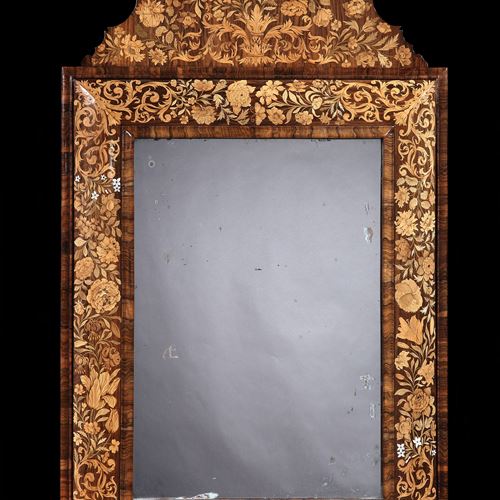 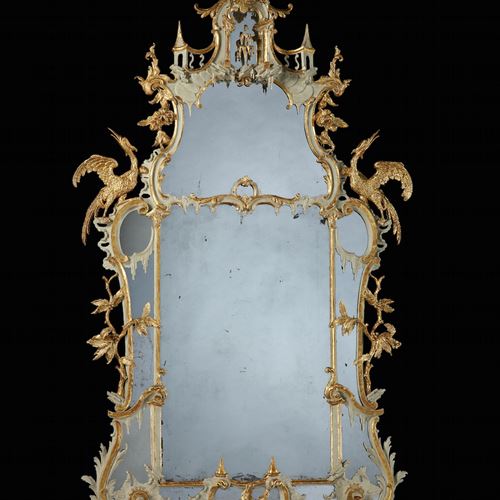 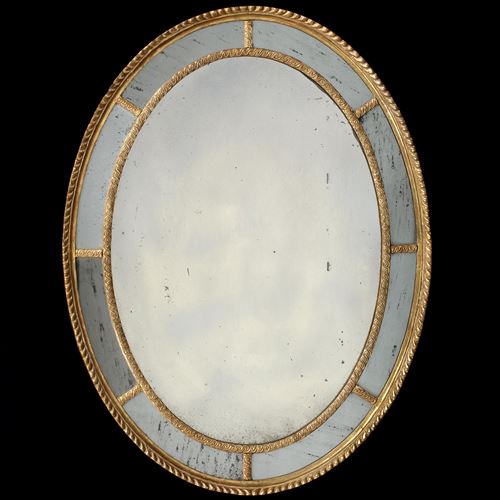