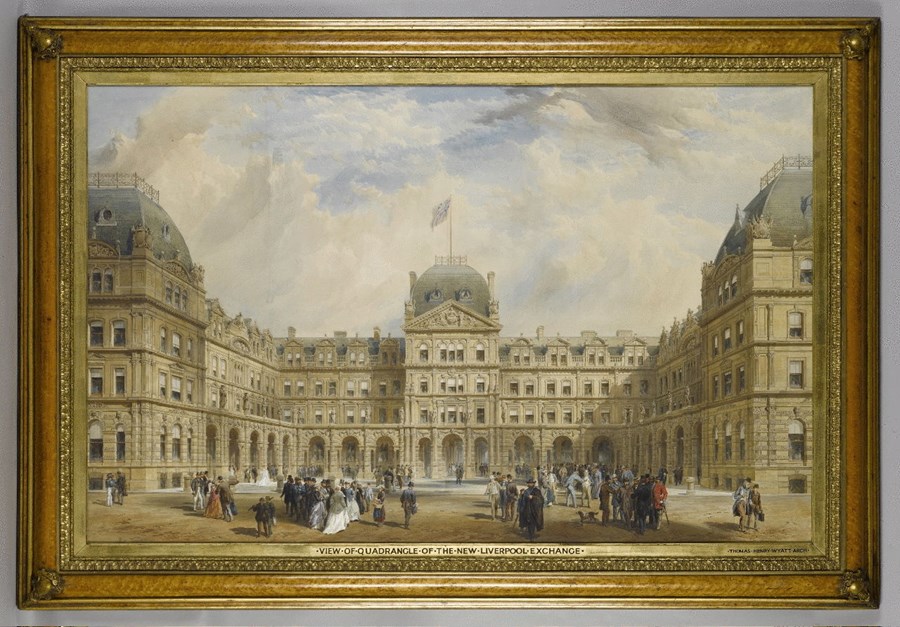 Pencil, pen and ink, and watercolour with touches of white heightening on three joined sheets, in its original frame.

Signed and inscribed, ‘Thomas Henry Wyatt / 77 Great Russell Street / London’ (on the Paris Exhibition label on the reverse) and inscribed ‘View of the New Exchange building / Liverpool / Thos Henry Wyatt / Architect / 77 Great Russell Street London (Honorary Member of the American Institute of Architects)(And Past President of the Royal Institute of British Architects)’, on an old label on the reverse.

C11.233
More Details
Thomas Henry Wyatt was born in Roscommon, into one of the most distinguished of all architectural dynasties. His cousins were the architects Samuel and Benjamin, while he was a kinsman of the famous James Wyatt who had worked extensively in Ireland, providing designs for many of the great Irish houses including Castle Coole, Curraghmore and Slane Castle. According to family history published in the Architectural Publication Society’s Dictionary of Architecture, the family moved to England in 1818, when Wyatt was 11 years old. After a private education in Brussels, Thomas Henry embarked on a career in commerce, but soon abandoned this for architecture and was articled to Philip Hardwick. Having entered partnership with David Brandon in 1838, he practiced alone from 1851 until his death in 1880 at his home, 77 Great Russell Street.

Wyatt was closely associated with the Royal Institute of British Architects from its foundation. He was elected to the Council in 1842, became President in 1870, and was awarded the Royal Gold Medal in 1873. His extensive practice was mainly devoted to the building and restoring of churches, principally in Wiltshire, but amongst his notably secular commissions were Knightsbridge Barracks (1878-79), and the southern part of the Royal Brompton Hospital (1879-82). In Ireland, his church buildings included the design of St Bartholomew’s in Dublin and the completion and restoration of St Canice’s Cathedral, Kilkenny. Secular Irish projects included work at Lissadell and Palmerston House, Co. Kildare as well as Abbey Leix, Co. Laois, the interiors of which had been designed by his illustrious ancestor, James Wyatt.

Wyatt’s Exchange Buildings in Liverpool, built between 1863 and 1867, replaced earlier buildings on the same site, probably erected by his kinsman, James Wyatt, or John Foster the elder, in 1803-09. They surrounded on three sides the area known as the Flags; in the centre of the fourth side stood a monument to Nelson. Built in the style then known as ‘French Renaissance’, they contained two hundred and fifty public and private offices, as well as a newsroom and stock exchange. No expense was spared in fitting out the interior; pilasters of red Scottish granite, marble pedestals and carved stonework from Caen. The building also contained a novel invention known now as a ‘lift’. The buildings were rebuilt by Gunton & Gunton in 1937.


Among the collection of Wyatt drawings at The Royal Institute of British Architects is a somewhat similar perspective of the Exchange, in pencil, inscribed ‘View showing Quadrangle’. Exhibited at the Exposition Universelle in Paris in 1878, the size and virtuoso draftsmanship of the present watercolour must make it one of the most dramatic and impressive drawings by a Victorian architect to have survived. 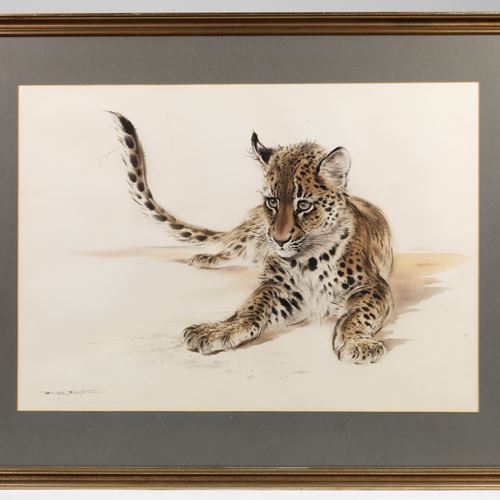 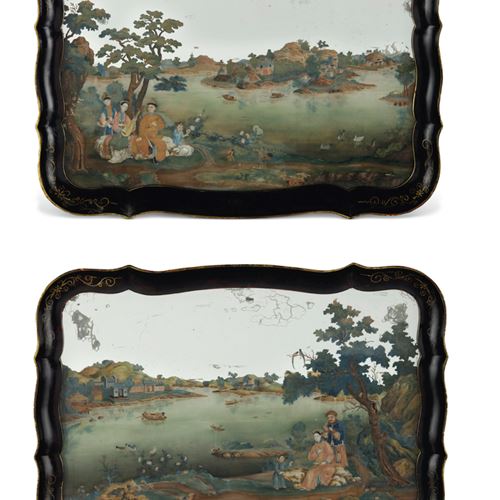 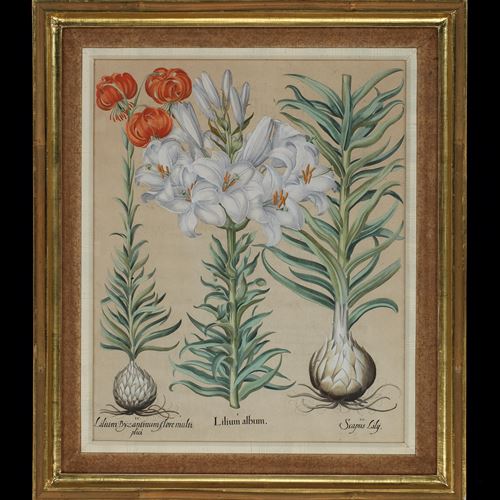